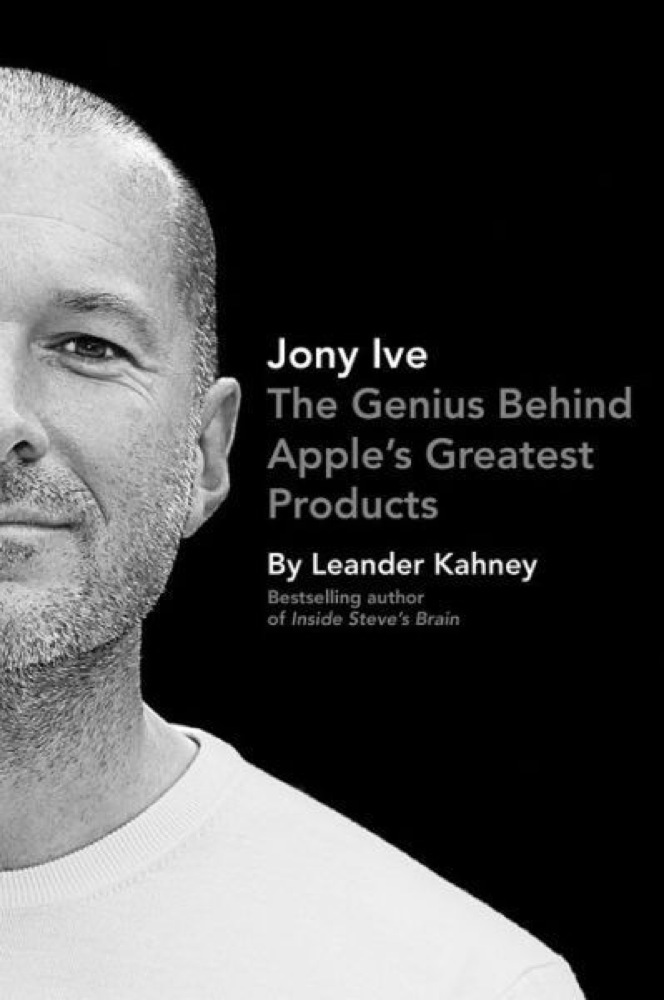 Written by Cult of Mac editor and publisher Leander Kahney, a new biography titled Jony Ive: The Genius Behind Apple’s Greatest Products is now available on Amazon (hardcover) and iBooks (digital download). The biography draws a portrait of the British designer behind the iMac, iPod, iPad and iPhone, whom Steve Jobs called his “spiritual partner” at Apple, with interviews from his teachers, co-workers and other acquaintances.

“Leander Kahney, the bestselling author of Inside Steve’s Brain, offers a detailed portrait of a creative genius. He shows us how Jony Ive went from an English art school student with dyslexia to the man whose immense insights have altered the pattern of our lives. From his early interest in industrial design, fostered by his designer father, through his education at Newcastle Polytechnic and meteoric rise at Apple, we discover the principles and practices that he developed to become the designer of his generation.”

Jony Ive’s designs have not only made Apple a hugely valuable company, they’ve overturned entire industries, built a loyal fan base, and created a globally powerful brand. This book reveals the true story of Apple’s real innovator-in-chief.

American Express Canada and Metrolinx have just enabled tap-to-pay functionality on eligible PRESTO devices for GO Transit and Union Pearson (UP) Express in the Greater Toronto and Hamilton Area. Cardmembers can pay for their adult transit fare with a contactless-enabled American Express Card, mobile wallet, or payment-enabled smartwatch. To make for a seamless experience, Cardmembers...
Usman Qureshi
23 mins ago