While speaking at London’s Design Museum yesterday, Apple’s legendary design chief and senior vice president Jonathan Ive (a.k.a Jony Ive) revealed that he struggles to hire young staff as schools are failing to teach them how to make physical products. According to Dezeen Daily, Ive attacked design schools for failing to teach students and relying too heavily on “cheap” computers. 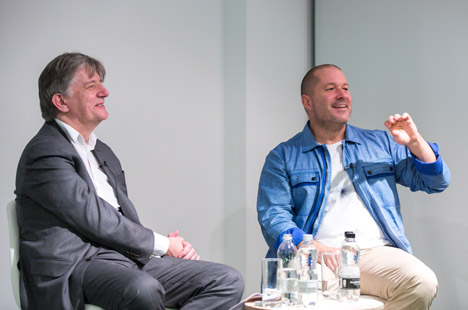 Ive, while speaking in conversation with Design Museum director Deyan Sudjic at an event attended by a number of the UK’s leading designers, said that the majority of designers that he interviews don’t know how to make stuff, because workshops in design schools are expensive and computers are cheaper. “That’s just tragic”, he said, adding that “you can spend four years of your life studying the design of three dimensional objects and not make one”.

“We use the most sophisticated tools that we can to help us model and to help us prototype. I’m not saying you’ve got to prototype everything using a coping saw,” said Ive.

Jony Ive also hit out again at companies that copy Apple’s designs, reiterating “It’s not copying, it’s theft”, as he discussed the design of the new iPhones and the recently revealed Apple Watch.