Back in May, Apple’s Jony Ive revealed exclusively to The Telegraph his new role at the company as Chief Design Officer. Apple has made a change to its leadership page to now indicate the change on Ive’s bio: 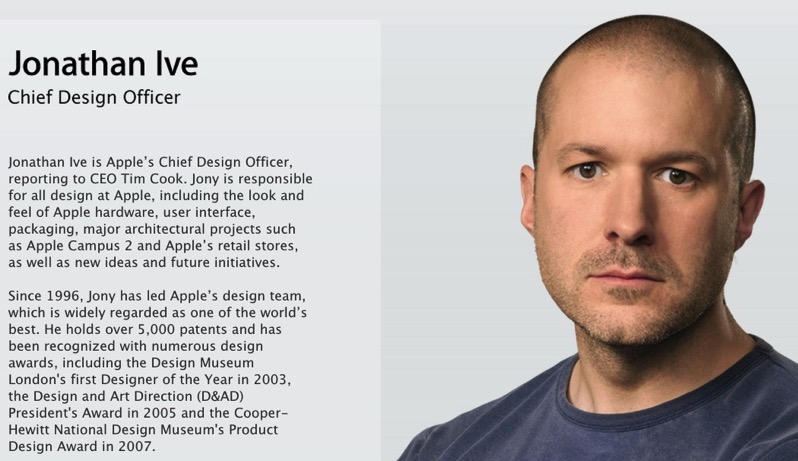 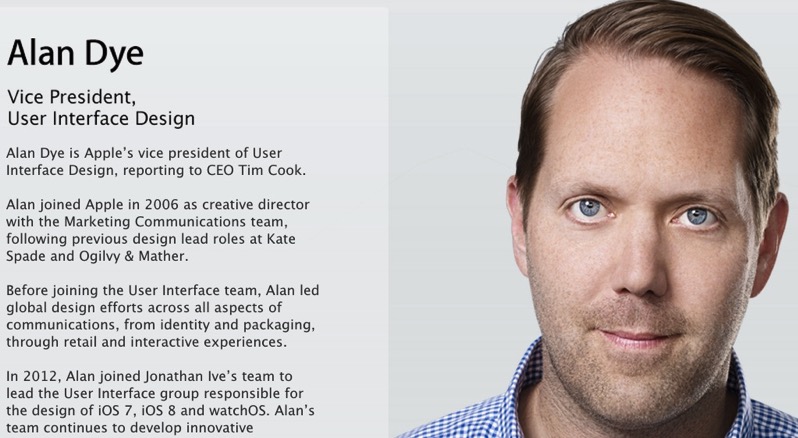 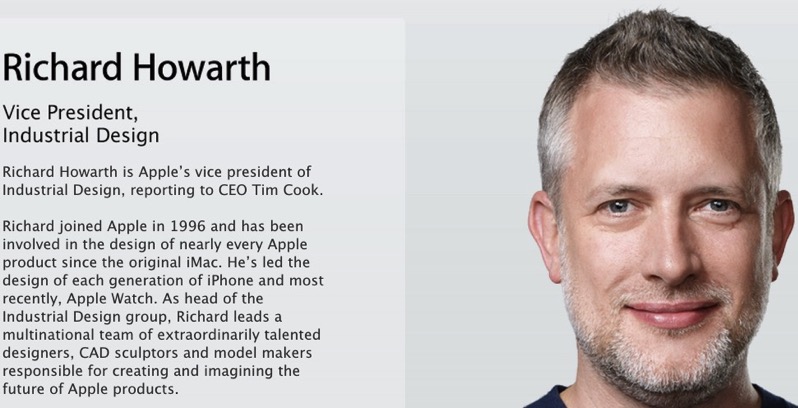 Here’s what Cook and to say in a memo to employees on the matter, back in May:

As Chief Design Officer, Jony will remain responsible for all of our design, focusing entirely on current design projects, new ideas and future initiatives.

As for Ive’s new role, it will allow him to focus more on design, as he told The Telegraph:

When I catch up with Ive alone, I ask him why he has seemingly relinquished the two departments that had been so successfully under his control. “Well, I’m still in charge of both,” he says, “I am called Chief Design Officer. Having Alan and Richard in place frees me up from some of the administrative and management work which isn’t … which isn’t …”

“Which isn’t what you were put on this planet to do?”

“Exactly. Those two are as good as it gets. Richard was lead on the iPhone from the start. He saw it all the way through from prototypes to the first model we released. Alan has a genius for human interface design. So much of the Apple Watch’s operating system came from him. With those two in place I can …”

I could feel him avoiding the phrase “blue sky thinking”… think more freely?”

Sounds like Ive isn’t going anywhere, so I wouldn’t worry about his role at Apple.