In a recent interview with popular watch magazine Hodinkee, Apple’s chief design officer Jony Ive discussed the origins of the Apple Watch and its future, while addressing several topics for the first time, including his relationship with famous designer Marc Newson, who he called his ‘best friend’ (via Business Insider). 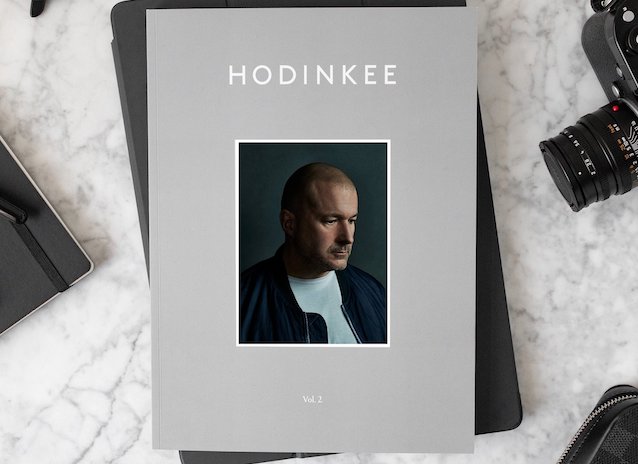 Ive also revealed for the first time that he actually reached out to experts to help finalise the design of the Apple Watch, including horologists, curators at the Royal Observatory in Greenwich, U.K., and an astrophysicist.

“You know, we call this (pointing at my MacBook Pro), a MacBook, but you won’t learn more about this by understanding the nature of a physical book – so we didn’t talk to librarians. With the watch, we did,” Ive said.

Below are a few interesting excerpts from Ive’s interview:

“The first discussion took place in early 2012, a few months after Steve’s passing. It caused us to take time, pausing to think about where we wanted to go, what trajectory we were on as a company, and what motivated us”.

“At that point in the journey, we were all routinely carrying around incredibly powerful products, in terms of their technical ability, in our pockets. And it seemed, I think, that an obvious continuation of this path that we’ve been on for so many years was to make technology more personal and more accessible”.

“Think about clock towers, and how monumental but singular they are. They are mainframes. From there, clocks moved into homebound objects, but you wouldn’t have one in every room; you might have one for the whole house, just like PCs in the 1980s. Then maybe more than one. Then, time-telling migrated to the pocket. Ultimately, a clock ended up on the wrist.”

The entire interview will be published in Hodinkee’s second issue of its print magazine, which can be ordered online here.