In an exclusive interview published by Vogue Magazine, Apple’s Chief Design Officer Jony Ive sat down with famed model and actor Naomi Campbell and discussed things like how he developed his design process at Apple, the legacy of Steve Jobs, as well as upcoming exhibition sponsored by him at London’s Design Museum. 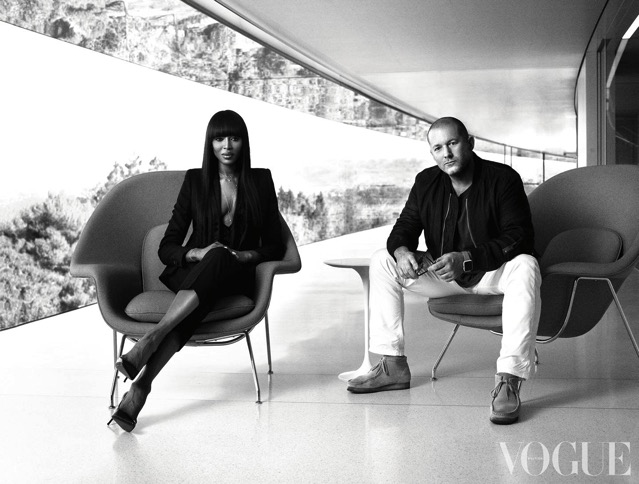 During the interview, which took place at the Apple Park in California, Ive was asked about a variety of things connected to his personal relationship to design and the creative process. Citing his father as one of his key inspirations, Ive said “My father was a really good craftsman – he was a silversmith – so I grew up understanding how things were made”.

Ive also revealed some details regarding the secret nature of his work at Apple, noting that it’s not difficult for him to keep secrets about new products to himself.

“I don’t really see it as being secretive – if I’m working on something and it’s not finished, I don’t want to show somebody! One of the defining things about the nature of ideas is just how fragile they are: when you’re not sure whether some-thing is going to work, the idea is vulnerable. Part of protecting the idea is to be careful about who you show it to; premature criticism can shut something down that perhaps deserves more of a chance.”

Talking about his work with Steve Jobs and what that meant to him, he said, “We looked at the world in the same way: we’d struggle to perceive things, we’d argue in our own heads, and we were very conscious about the conclusions we came to”.

“As time goes on, I appreciate him more, and miss him more; how truly extraordinary he was becomes clearer. Steve understood the creative process in a way that’s extremely rare, but he also understood how you make a company with lots of people.”

You can check out the lengthy interview in its entirety at the source page–it’s an interesting read.