The  Concorso d’Eleganza Villa d’Este, an annual prestigious automobile event set to take place at the end of May in Italy, will have a guest judge from Apple, as Chief Design Officer, Jony Ive is set to attend. 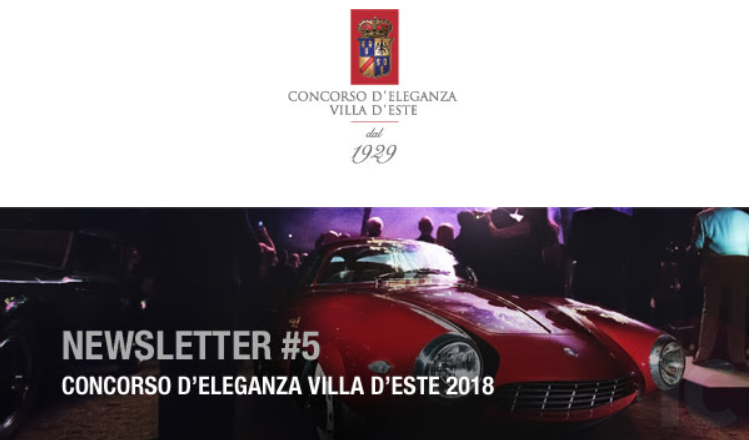 Here’s what the event is all about:

At the end of May, the big family of classic beauties on two and four wheels traditionally comes together on the shores of Lake Como in Italy. This is a time when brilliance and radiance from yesteryear come together. Participants and visitors for the Concorso d’Eleganza Villa d’Este will already have noted the weekend from 25th to 27th May 2018 in their diaries.

Once again, the fabulous parkland of Villa d’Este and Villa Erba in Cernobbio will become the exclusive backdrop for the most beautiful treasures from all over the world and from all eras.

There will be 55 total car entrants and 40 motocycles, aiming for the two coveted “Trofeo BMW Group” awards. The event, which has roots dating back to 1929, was revived in 1995 and now is run by the BMW Group, in a collaboration with the Grand Hotel Villa d’Este.

The announcement of Jony Ive as an honorary judge this year was announced in an April 16th email newsletter, and confirmed by the event to iPhone in Canada. Ive is described as follows:

The Apple design chief has long been known for his passion for cars and as an avid collector.

The Concorso d’Eleganza Villa d’Este is set to take place on the weekend of May 26-27 and is expected to see 8,000 guests to “admire the classic vehicles on two, three and four wheels.”

Today Apple announced its Q1 2023 earnings, reporting $117.2 billion in revenue and net income of $29.9 billion for the December quarter. Revenue was down 5% year-over-year, affected by production disruptions in China due to COVID-19. Apple CEO Tim Cook told Reuters in an interview that production disruptions are essentially over, as they “lasted through […]
Gary Ng
55 mins ago