Brent Schlender, currently working for Fast Company has revealed his extended interviews he had with Steve Jobs since 1985:

I had covered Jobs for Fortune and The Wall Street Journal since 1985, but I didn’t come to fully appreciate the importance of these “lost” years until after his death last fall. Rummaging through the storage shed, I discovered some three dozen tapes holding recordings of extended interviews–some lasting as long as three hours–that I’d conducted with him periodically over the past 25 years. (Snippets are scattered throughout this story.) Many I had never replayed–a couple hadn’t even been transcribed before now. Some were interrupted by his kids bolting into the kitchen as we talked. During others, he would hit the pause button himself before saying something he feared might come back to bite him. Listening to them again with the benefit of hindsight, the ones that took place during that interregnum jump out as especially enlightening.

You can check out his full story over here and read the highlights here. Also part of the articles are some neat illustrations of Steve Jobs drawn on an iPad by Jorge Colombo. 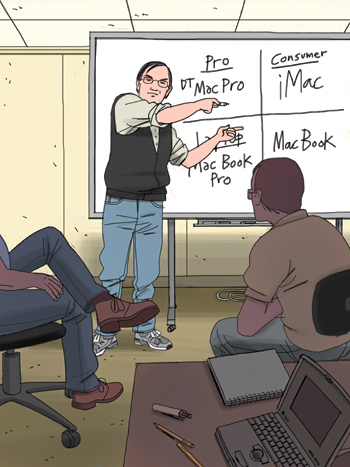 These are the perfect kind of articles to save using Read It Later, announced earlier this morning as Pocket.