All this time, I wondered if SkyNet was secretly involved with Siri and the Joy of Tech confirms it below, in their explanation of how Siri *really* works: 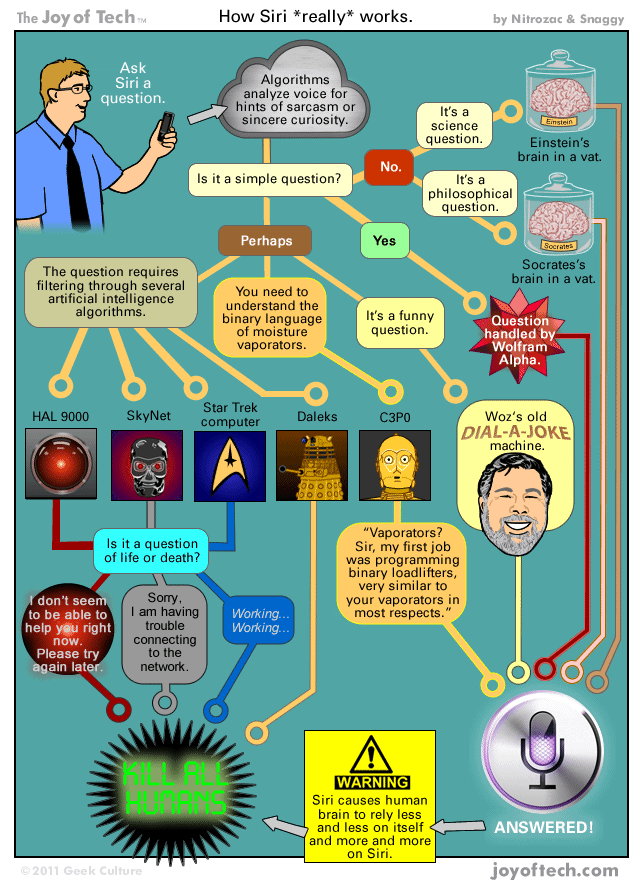 John Connor: Can you learn stuff you haven’t been programmed with so you could be… you know, more human? And not such a dork all the time?
The Terminator: My CPU is a neural net processor; a learning computer. But Skynet pre-sets the switch to read-only when we’re sent out alone.
Sarah Connor: Doesn’t want you doing too much thinking, huh?
The Terminator: No.

The past couple of days we’ve figured out how to get Siri to tell the time and date for us in Canada, and to send out tweets via twitter. What else is in store?