The folks over at Just Mobile have just launched their new Kickstarter campaign for ‘Encore Wireless’, a versatile multi-functional wireless charging pad for the iPhone and Qi-certified Android devices, that also serves as a USB charging dock and an angle-adjustable smartphone stand. 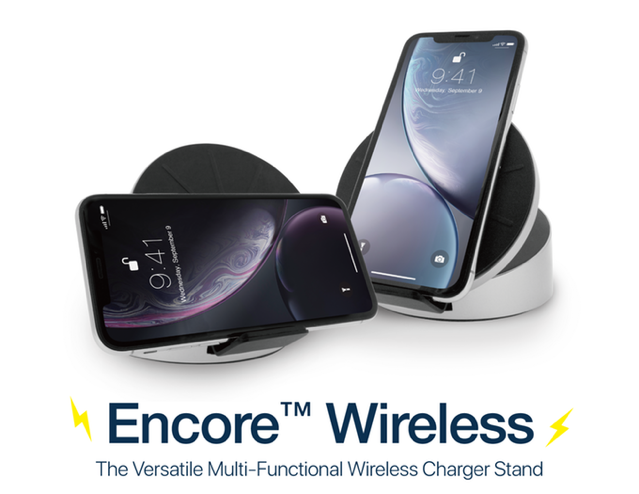 Encore Wireless is primarily aimed at turning a cluttered working desktop into a tidy one by consolidating the charging needs of modern users. It can charge up to 3-devices, one wireless and two wired, simultaneously.

The Qi-certified wireless charging pad has 2 coils to support easy-drop of your smartphone, no more aiming for the narrow sweet spot to start charging the phone. Built-in smart-chip detects and ensures optimal current is supplied to the iPhone (7.5W) or Samsung’s Galaxy phones (10W). The wireless charging pad is also compatible with AirPods. 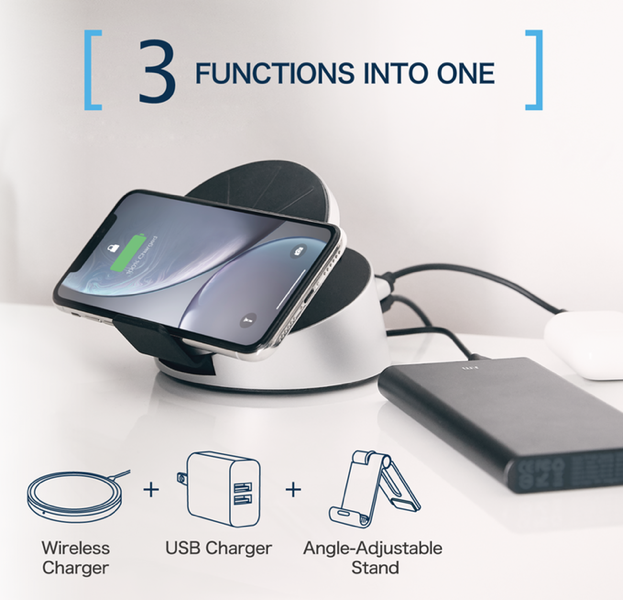 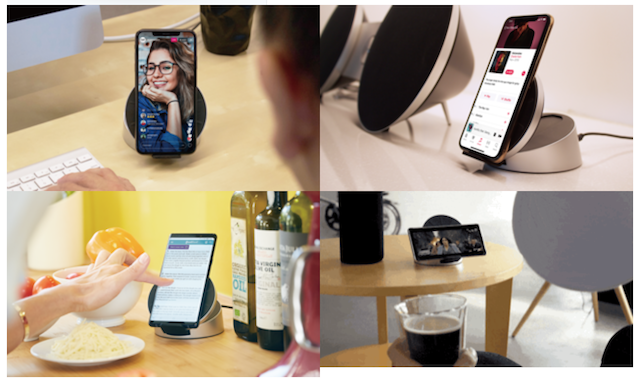 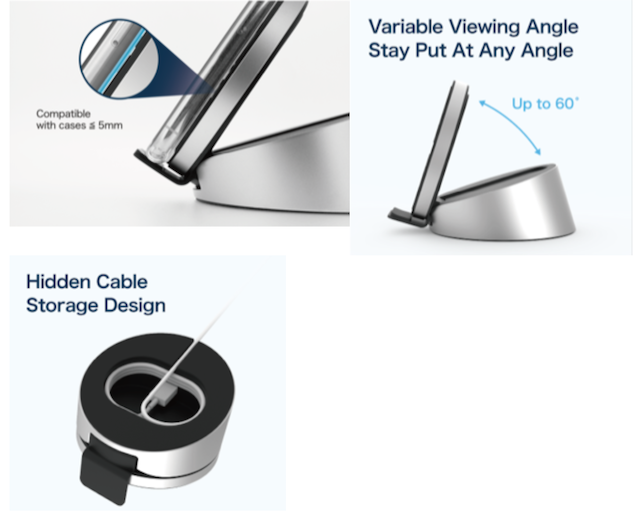 What’s really unique about Encore Wireless, however, is its ability to serve as a smartphone stand with an adjustable viewing angle so you can FaceTime hands-free, or binge-watch shows without straining your neck.

You can get more information about the campaign at this link. Meanwhile, check out the following video for a better idea.