Thieves Drill Through Concrete Ceiling to Steal iPads in Kamloops

In a recent heist at a computer store in Kamloops, B.C., thieves stole above 50 iPads and 38 computers by drilling through the mall’s concrete ceiling, Global News reports. Store manager Regan Hayes told the press that no alarm was sounded as they broke in through the ceiling. He also revealed that the value of the stolen items is estimated to be between $50,000 and $100,000. 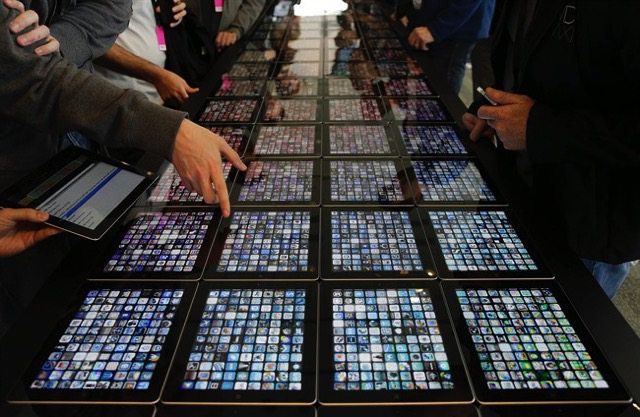 The Hollywood movie-style burglary took place at the Simply Computing store in the Sahali Centre Mall on Saturday. “It’s ‘Ocean’s 11 stuff,” Hayes said, referring to the movie starring George Clooney, Brad Pitt and Julia Roberts. “They dropped in through the ceiling and took all of our laptops and all of our iPads.” He added that the crooks may have climbed onto the mall’s roof sometime overnight, where they were able to get into an empty second-storey office through a window.

Once inside they drilled through the concrete floor and then into the drywall of Simply Computing’s ceiling. Hayes said Apple’s high-tech security and tracking software might come in handy for police when it comes to catching those responsible.

“If someone sells these things, they can work it back and trace it to them,” he said. Hayes said the thieves did not gain access to the secure room where they keep customers’ computers that are in for repairs. “Nobody’s personal information was accessed,” he said.

The RCMP investigation into the burglary is currently in progress.