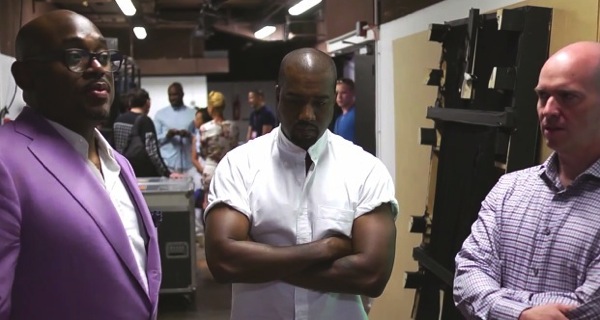 Our week wouldn’t be complete without hearing from Kanye West and his thoughts on the Apple-Beats deal, right?

Speaking at Cannes Lions festival in France as a surprise last minute addition, West shared his thoughts on the Apple deal with Beats and says it was helped by the fact Samsung worked with hip hop mogul Jay Z, which brought street cred to the South Korean company, reports AdWeek (via The Verge):

“There would have been no Beats deal without the Samsung deal. It showed the No. 1 company the importance of connecting with culture,” said West. “The reason I said I didn’t like Samsung particularly is because throughout my entire life, because of how my parents raised me, I have to work with the No. 1. I can’t work with anyone but Jay Z, because he’s No. 1. I can’t be with any girl but Kim, because that’s the girl whose pictures I look at the most and get turned on by. I’m not going to represent any company but Louis Vuitton, because that’s No. 1. … Samsung is not quite Apple, but it showed that Jimmy [Iovine] and Dre would be able to connect with the No. 1 influencers.”

He is correct though in saying Samsung is nothing like Apple.

West also spoke about comparing himself to Steve Jobs—again:

“Steve Jobs, as everyone knows, was my biggest influence. Just seeing the way he fought to make things easier for people. After he passed, I made it my life’s mission to do what he did inside of that company,” West said. “I dream to help raise the palette and raise the taste level of a generation and also be involved with the production and distribution and advertising of that thing everyone’s begging for.”

The rapper wasn’t quite done yet, as he also shared a story where he told Kevin Systrom, founder of Instagram, “why don’t you let us redo Instagram?” because it was deemed too ugly, along with most things on the internet.

Damn it Kanye, why do you always say such awesome things?

If you haven’t seen Dave Chappelle describing his first encounter with West, check it out below—it might clear up a few things about Mr. West: