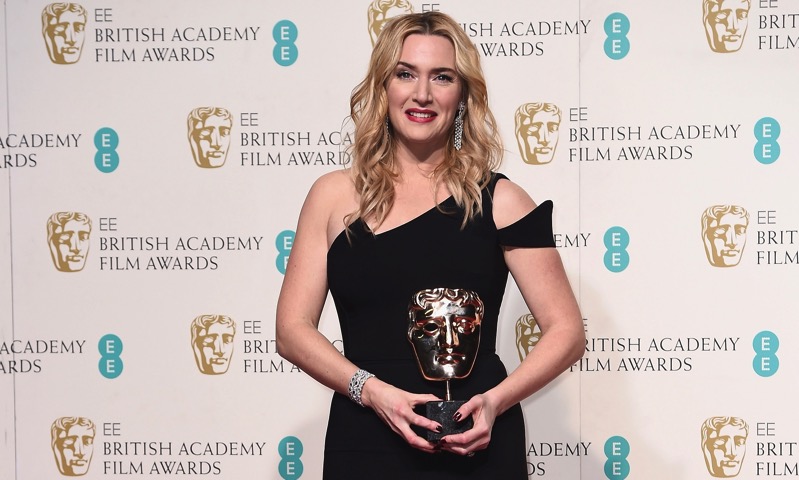 Danny Boyle’s impressionistic picture of Apple co-founder Steve Jobs continues to win awards: last night, Kate Winslet won the Best Supporting Actress award at the British Academy of Film and Television Arts (BAFTA) Awards. The actress dedicated her award to women who are subject to criticism, like she was when she was young (via the Guardian):

“When I was younger, when I was 14, I was told by a drama teacher that I might do OK if I was happy to settle for the fat girl parts,” Winslet said. “So what I always feel in these moments is that any young woman who has ever been put down by a teacher, by a friend, by even a parent, just don’t listen to any of it, because that’s what I did – I kept on going and I overcame my fears and got over my insecurities.”

This is the second win for Kate Winslet for her role as Joanna Hoffman: earlier in January, she took home the Golden Globe award for the Best Performance by an Actress in a Supporting Role in Any Motion Picture.

During that evening, the Steve Jobs movie racked up two wins: the second one went to Aaron Sorkin for penning the Best Screenplay.

Despite being a hot topic of discussion ahead of its release, the Steve Jobs movie’s box office performance was lower than expected, although the reviews were mostly positive.

DoorDash Canada has today released its 2022 End of Year Trends Report revealing the best and quirkiest food and ordering trends to come out this year. DoorDash saw a variety of food preferences in 2022, from the healthiest eaters and coffee lovers to good pet parents, and the biggest spenders. Torontonians tuned out to be...
Usman Qureshi
21 mins ago