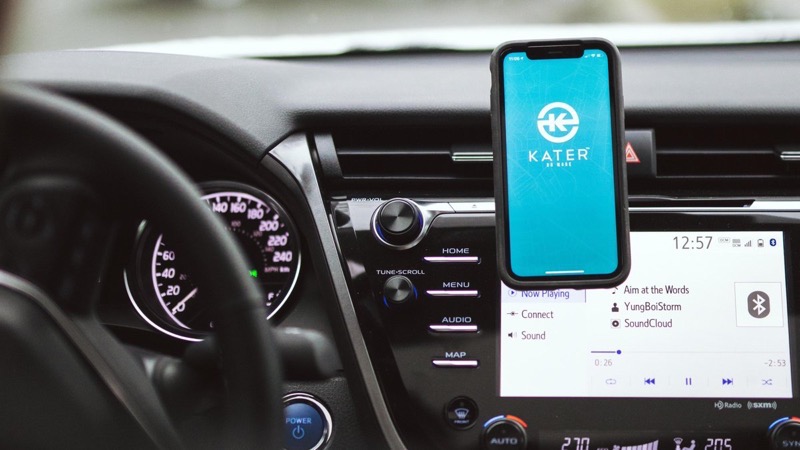 Kater will be Vancouver’s first ride-hailing app, set to launch its beta phase next week on March 30, with apps soon available for iOS and Android.

The beta phase will slowly debut a small number of vehicles utilizing Kater’s 140 licenses as part of a partnership with the Vancouver Taxi Association. All vehicles will be hybrids.

Kater says their app is from “made-in-BC technology” and the service will “allow users to connect with safe, predictable and reliable rides on-demand using their smartphones.”

Scott Larson, CEO of Kater told iPhone in Canada in a statement, “We are thrilled to be announcing the beta launch of Kater. Vancouver is a very unique city when it comes to transportation regulations and ride-hailing, and we believe Kater is the solution to many of the mobility dilemmas that have plagued us for too long.”

In order to ride with Kater, you’ll need to:

“With the tap of a button you can order a Kater car to pick you up, get an estimated cost and arrival time for your trip, check the driver’s name and licence plate, track your car as it arrives, pay via the app and rate your driver. We intend to have all of our Kater cars on the road by the middle of Spring,” added Larson.

Kater says their app will let riders “see your car’s estimated arrival time and track it live,” with a goal of average 8-minute wait times.

As for how much Kater will cost? It’ll pretty much the standard rates set by BC’s Passenger Transportation Board, starting at a $3.25, with a $0.56 cost per minute and $1.88 per kilometre, with “no surge pricing at busy periods or on rainy days!”.

Kater says they are “independently-financed and is not linked to any political party,” and despite their 140 taxi licenses given by the VTA, “that is where the relationship ends.”

Drivers with Kater “are guaranteed a living wage of $20 an hour and can earn up to $35 an hour,” explains the company, subtly taking a jab at ride-hailing companies like Lyft and Uber, which do not have a minimum wage. Those employed also receive a $1,000 bonus for “offsetting the costs associated with obtaining a Class 4 License.”

Lyft told the Vancouver Sun in a statement “People across the province have made it clear they want real choice when it comes to transportation, not just more taxis. Kater is a taxi service, not ridesharing, meaning it is subject to the same rules that make taxis unreliable.”

Richmond-Queensborough Liberal MLA Jas Johal told the Sun, “This is the NDP playing footsies with the taxi owners — that’s all this is,” suggesting Kater has a political advantage since former B.C. NDP cabinet minister Moe Sihota is involved with the new ride-hailing company.

B.C. is expected to finally gain ride-sharing in late 2019, after years of delays by both Liberal and NDP governments, which critics say is a result of the province’s powerful taxi industry lobby.