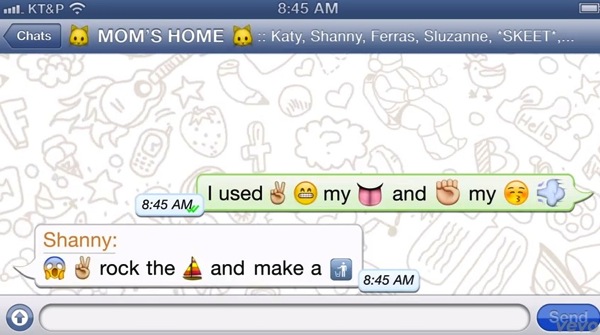 Katy Perry has released her lyric video to her new single “Roar”, and consists primarily of a white iPhone 5, WhatsApp and emoji icons to illustrate lyrics for the entire song, which could also pass for a PSA for smartphone addiction. Also shown in the video is a MacBook Pro. Check it out below: