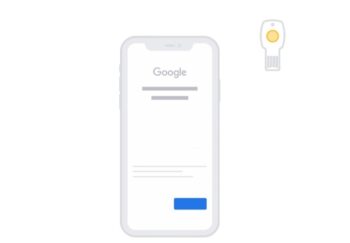 For a long time, Bluetooth had been the only method of connecting 2FA keys to iPhones and iPads. In June 2020, it finally became possible to connect non-BLE (Bluetooth Low Energy) keys to these devices. This has multiple benefits, such as using Google’s Advanced Protection Program (APP) and having extra security against Bluetooth-bypassing hacks.

Google first introduced the program three years ago. It is regarded as “Google’s strongest security for those who need it most”, protecting users online from any cyber-attacks.

To properly set APP up with a non-BLE key, you need to go into the ‘Settings’ of your device and add a new security key to your account. There, you will be asked to connect the security key via a port or use Near-Field Communication (NFC) by tapping the key to the back of your iPhone. You may need to sign in with a code before the 2-step verification process is complete. Click this link for more details on properly setting this up.

This new feature allows users to seamlessly log in and provide authentication for a Google account on iOS devices. It serves as a good alternative to multi-factor authentication (MFA), and to those that don’t own Bluetooth keys.

In this week's edition of his Power On newsletter, Bloomberg's Mark Gurman speculated that Apple could launch an even pricier iPhone model, positioned above the "Pro Max," as early as 2024. The renowned analyst previously reported that Apple could rename this year's iPhone 15 Pro Max the iPhone 15 "Ultra." However, he now believes the company is...
Nehal Malik
8 mins ago