In an interesting article over at Bloomberg, Mark Gurman has picked 15 key Vice Presidents at Apple who are not only helping CEO Tim Cook run the company today but are also crucial to the Apple of tomorrow.

Gurman also notes that if Cook were to leave his post in the near future, potential successors would include COO Jeff Williams, and marketing boss Phil Schiller. 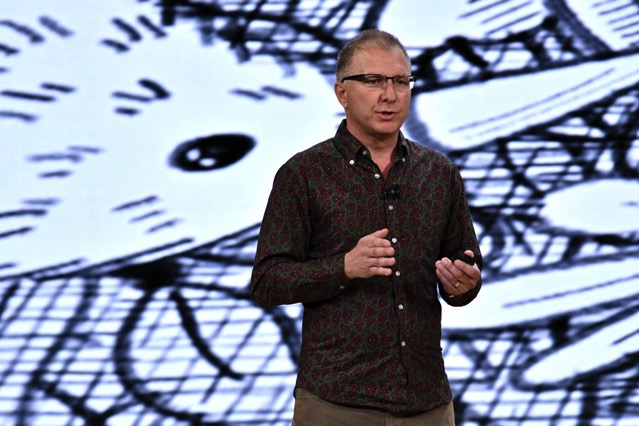 Beneath the likes of Jony Ive, Eddy Cue, Craig Federighi, and Angela Ahrendts, here’s a brief rundown of some of the lesser-known Apple executives playing key roles in running the tech giant.

Joswiak has become central to product launches and recently debuted a low-priced iPad for students. He also helps dream up new products and is considered critical to the company’s success.

Twerdahl joined Apple in 2017 from Amazon, where he ran the Fire TV business. He is in charge of turning the Apple TV product, along with the TV app pre-installed across Apple devices, into the ideal stage for Apple’s upcoming original content efforts.

Ng has been at Apple for nearly 20 years, moving from a Mac marketing manager to more senior iPod and iPhone marketing roles before taking on responsibility for the Apple Watch.

Khan runs day-to-day manufacturing of the iPhone, as well as other devices, and his team has gotten involved increasingly early in the design process.

With over a billion units sold, it may seem like the iPhone can sell itself. But the responsibility of striking deals to actually sell the iPhone globally falls on the shoulders of Fenger.

Ge Mahe worked for years as an Apple software engineering executive until Cook handpicked her to run China last year. It’s a crucial role because China generated about 20% of Apple’s sales last year, making it the company’s third most important market behind the Americas and Europe.

Beck reports directly to Tim Cook and makes sure products are selling into the right places and coordinates the deals that get Apple’s devices in stores and used at businesses in the Americas and Asian countries including Japan and South Korea.

For the complete list, head over to the source link.

LastPass, a popular password manager for mobile, desktop, and more, recently suffered a security breach where an unauthorized party gained access to "certain elements" of customer data using information obtained from a previous hack back in August. The company said in a Wednesday blog post that it discovered unusual activity within a third-party cloud storage...
Nehal Malik
51 mins ago