Kickstarter has announced it has hit two major milestones today: over 50,000 projects funded and over 5 million project backers in just over four years. The platform is on pace to exceed $1 billion in pledges by early next year before its fifth birthday.

The most common pledge amount on Kickstarter is $25 and most projects raise less than $10,000. 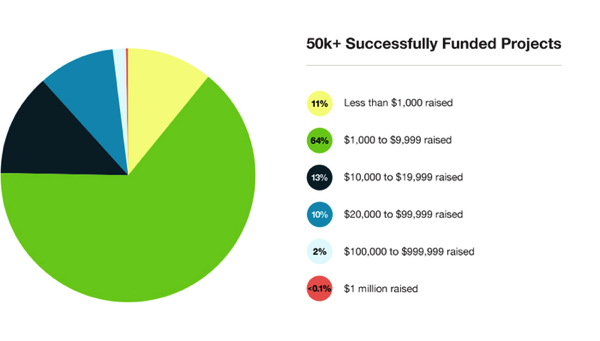 Kickstarter reveals 60% of funds pledged came from repeat backers. The top three categories for dollars raised fall under games, film & video and design; the dance category had the highest success rate at 71%.

As for Kickstarter in Canada, which launched in September, the company recently shared some numbers: $3.2 million in pledges from over 47,000 unique backers in 301 launched projects (with 19 successfully funded). The team noted in a blog post that worked out to $75.61 CAD in pledges per minute.

Some cool projects have been funded like this hockey stick, which reached over $100,000 in funding. Go Canada!