A new Kickstarter campaign by Acme Made called the “Charge Case” for iPhone 6 and iPhone 6 Plus, is a neatly designed, super slim case that features a built-in Lightning Cable for hassle free charging and syncing at any powered USB port, as well as a hidden carbon fiber kickstand for portrait and landscape viewing. 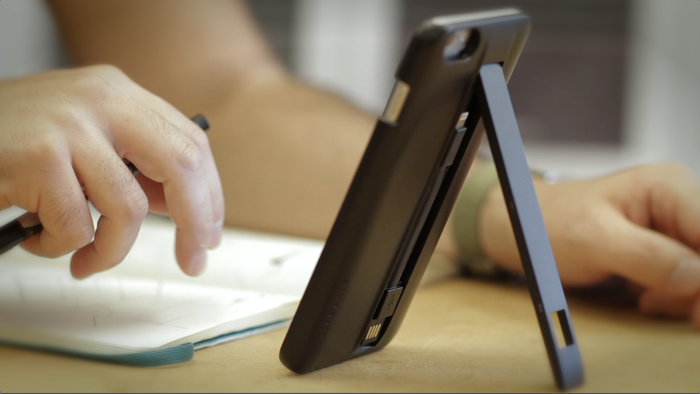 Acme Made lead designer Luis Quehl says “We all know how vital it is in today’s world to stay connected. That not only means having a charged device, but also being able to back up what you have on that device”. The Charge Case cleverly integrates into its 14mm-thin chassis a high-gloss carbon fiber-reinforced kickstand, safely protecting the MFi approved USB to Lightning cable. Simply pop open the kickstand for portrait and landscape viewing. Also, the gloss finish on the kickstand provides a nice contrast to the matte case. 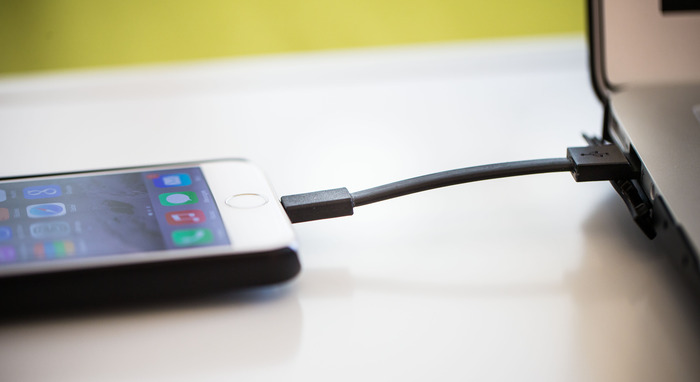 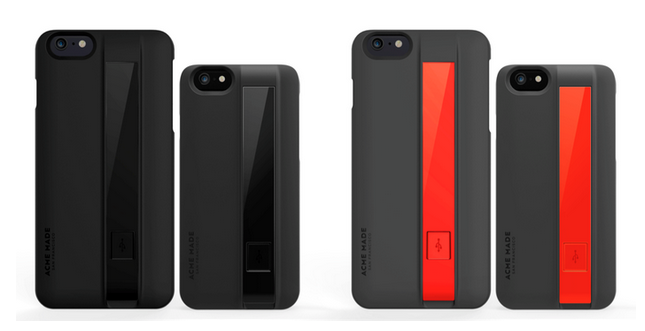 The Charge Case will come in Black with a high-gloss black kickstand and Grey with a high-gloss Poppy Orange kickstand. The Kickstarter pledge levels start at $25 for the EARLY BIRD SPECIAL, which will reserve your Charge case for iPhone 6 or iPhone 6 Plus in the color of your choice, 50% off the suggested MSRP. A pledge of $50 will get you a two pack mix in any color. The campaign will run until December 2nd with a pledged goal of $5,000.

To find out more or make a pledge, hit up this link.