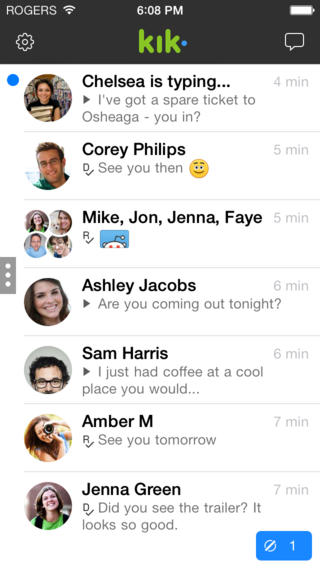 The Wall Street Journal reports, Canadian company, Kik Interactive, has passed 100 million users. Kik was founded four years ago in Waterloo, Ontario, hometown of BlackBerry, by Ted Livingston, who worked for the company while he studied at the University of Waterloo.

Last November the app had 30 million users and it has been growing steadily ever since. The company raised $19.5 million in financing from groups of investors, including Union Square Ventures.

With only 28 employees, Kik is still a small company. Despite its fast growth over the last year, it still has a long way to go to catch up to WhatsApp, which has more than 300 million users. 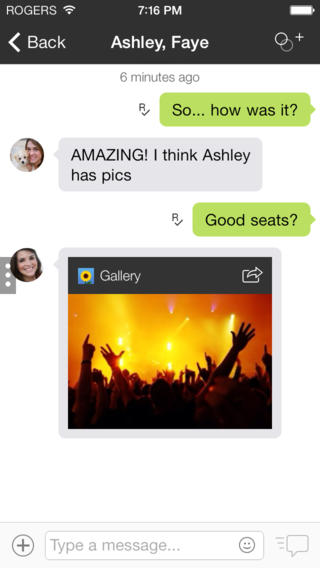 A lot of other tech companies are getting into the messaging game. Just this morning, Facebook’s Instagram app announced a messaging tool, called Instagram Direct, that allows users to share private photo or video messages to each other. It was only a few month ago that Facebook was rejected in its bid to try and acquire Snapchat, a messaging service that has gained increase popularity with teens. BlackBerry has also released its own BBM messaging app to iPhone and Android users.

In a crowded market Kik has a long way to go if they want to catch up to its competitors. To try and catch up Kik has embedded games and apps into its messaging app. It’s a feature Kik calls “Cards,” and they have been reaching out to developers to build apps and games especially for Kik.

An example is Costume Party, an app developed by a member of Kik’s board, has been downloaded over one million times. In total, Livingston said over 145 million Cards have been downloaded since launch.