If you were thinking of getting a Kindle, Amazon has their WiFi Paperwhite model on sale for $20 off, at $119.99 (save 14%). The discount is not exactly huge, but Amazon only cuts the price on the Paperwhite a few times per year.

This unit comes with a 300 ppi display for crisp text, front-lit light for easy reading in the dark and weeks of battery life. Amazon says this Kindle can hold “thousands” of books (4GB storage), and would go great with the company’s Kindle Unlimited service at $9.99 per month. 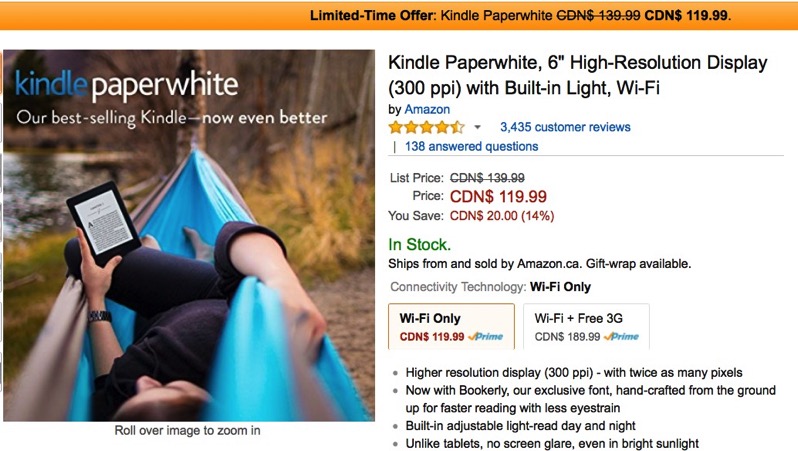 With the the WhisperSync feature, it’ll sync all your bookmarks to the cloud and devices, so that means you can continue where you left off on any device, including your iPhone or iPad with the Kindle for iOS app. 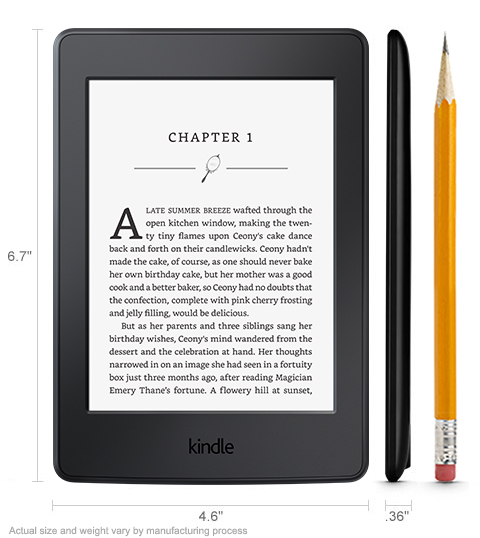 The Paperwhite is a fantastic Kindle and we love ours, as it’s also great for vacations too when you want take your reading with you.

Click here to jump on the Kindle Paperwhite sale while it’s still available for $20 off.