It can be tough to locate that ‘must have’ app with more than 500,000 apps in App Store. Even Apple thinks this way, as they recently acquired Chomp, an app discovery tool in which many believe will be implemented into a future version of the App Store and iTunes.

Another hugely successful app discovery method is the iOS app Kinetik, which we covered before during its launch. Kinetik relies many variables to show you what apps are currently trending based on recommendations of your friends and the entire community. It’s a fantastic way to discover new apps within the App Store ecosystem.

The web version of Kinetik went live yesterday, but will be officially announced at the Mobile World Congress in Barcelona, Spain, today. Kintek’s CEO, Raul Moreno gave us the heads up on their web version which makes finding popular and worthy apps a breeze. You can sign into your account via Twitter and immediately view apps by numerous categories and interests. When apps are ‘shared’, they gain popularity within the directory and fly up the charts. It’s really a simple and easy way to stay on top of popular apps your friends are using. 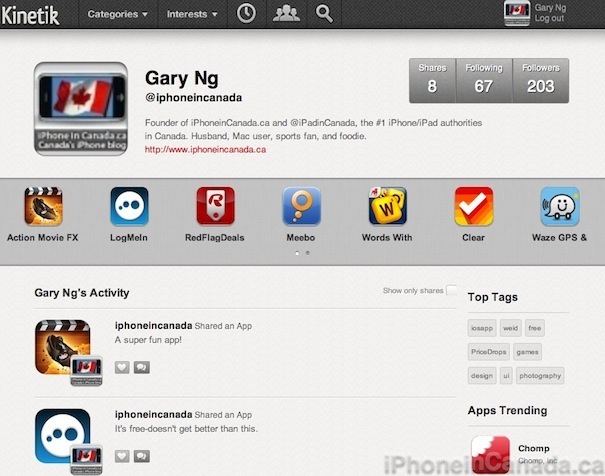 You can check out the web version of Kinetik here. You might find a few app surprises.