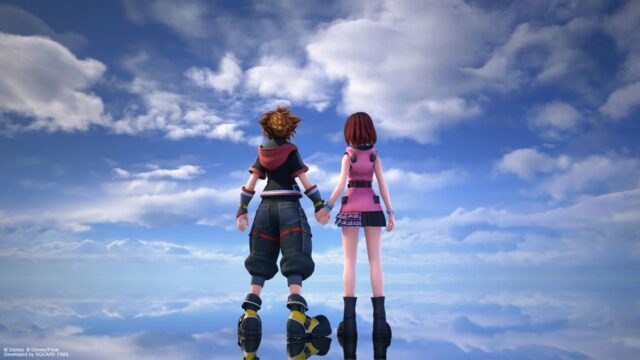 The critically adored game franchise Kingdom Hearts is reportedly being adapted into a TV series for Disney+. The long-running collaboration between Disney and Square Enix may be branching off into an animated show for Disney’s streaming service.

According to IGN, many known insiders and journalists in the entertainment industry have come out to say that a Kingdom Hearts TV series is indeed in development for Disney+. The Cinema Spot’s Emre Kaya, for instance, has said Disney originally had plans to adapt it themselves but have since handed the reigns to Square Enix to create a pilot.

There is a #KingdomHearts series in the works at Disney+.

Disney originally wanted to make it but that didn’t work out, so Square Enix was asked to create a pilot using Unreal Engine.

This series is most likely not live-action, but CG animated. They’re currently casting. pic.twitter.com/jroZXImeOm

These claims were substantiated by other insiders such as Jeremy Conrad, known for his Marvel Cinematic Universe scoops. He later tweeted an innocuous tweet saying “Yes, it’s true.”, with a gif of Kingdom Heart‘s Sora, Donald, and Goofy. Afterwhich, The Disney Insider’s Skylar Shuler quote tweeted Conrad with a few additional tidbits.

Been tagged in Jeremys post (which is true), so here’s what I know:

-Kingdom Hearts will be a Disney+ series, not a movie.

Some of the biggest takeaways from this news is that if a Kingdom Hearts series is indeed in development, it appears as though the series will be created using Unreal Engine. Rather than shoot the series in live-action, or use realistic CGI, it seems as though the TV series will stick to its animation style the franchise has been using since 2002.

Fans of the franchise will also surely be relieved to hear that a few members of the original cast are “expected to reprise their roles”, including Jim Cummings (Pete, Winnie the Pooh, and Tigger), Bill Farmer (Goofy) and Tony Anselmo (Donald Duck).

Kingdom Hearts largely centres around Sora, Goofy, and Donald Duck as they journey to iconic Disney worlds to protect them from dark forces. Whether or not Square Enix’s Final Fantasy characters will be involved in the series is still up in the air.

There has been no official word from Disney or Square Enix. It will also be interesting to see if Tetsuya Nomura, one of the game’s creators will be involved in the project and in what capacity.