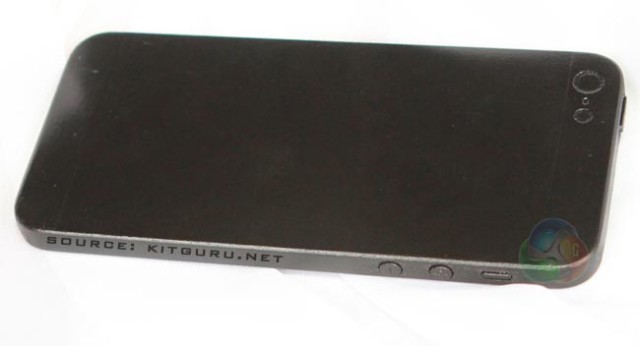 Yesterday, we reported on some pictures that the website Kitguru had posted of what they claimed to be a design test copy of the next iPhone. The pictures seemed to support other rumours and leaked parts we had already seen, but the model that was pictured looked very rough, and almost “home made”.

Today Kitguru has taken down the photos due to “external pressures”. Here’s what they had to say:

Yesterday we ran a story featuring multiple images highlighting key design elements of Apple’s iPhone 5 which is due for official release later this year. Due to external pressures, which we are unable to detail publicly we felt it necessary to remove this story and all related images.

There is some speculation that Kitguru has received a cease and desist order from Apple themselves, bringing some validity to these photos. It could also be said that the website is possibly trying to make their photos seem more legit, by faking the “external pressures” thing. Either way, they have created a buzz for the website, which was the obvious intent.

If you’re like me, you’re probably not going to believe anything until Apple makes the official announcement for the next iPhone, which is expected to happen in the fall.