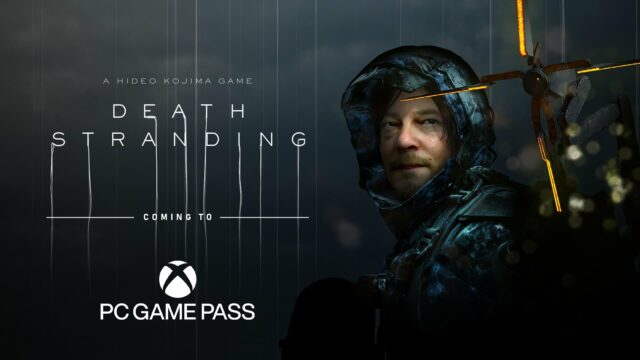 This news follows after the @PCGamePass Twitter account began teasing the announcement throughout the week. News of this comes by way of the Xbox Wire. The post written by global director of community at 505 Games Antonela Pounder goes on to “we at Kojima Productions and 505 Games are incredibly excited to announce that Death Strandingis launching August 23 with PC Game Pass.” This version of Death Stranding includes ultrawide mode, photo mode, high frame rate, and cross-over content with games like Cyberpunk 2077 and Half-Life.

Death Stranding stars The Walking Dead‘s Norman Reedus and features and ensemble cast of hollywood actors. Alongside Reedus, Death Stranding features performances by Mads Mikkelsen, Léa Seydoux, and Lindsay Wagner. The game takes place across a post-apocolyptic United States. Players take on the role of Sam Porter (Reedus), as he crosses the country to deliver items for various communities while uncovering the mysteries of the supernatural events known as the Death Stranding.

Although Sony published the game on PlayStation 4 and later PlayStation 5, 505 Games retain the publishing rights on PC. “We imagine you have a lot of questions right now, but don’t worry,” the post continues to state. “We’ll try and cover as many of them as we can in a future Community Q&A guide” Stay tuned for that and keep a close eye on the 505 Games and Kojima Productions social media channels for more information.” Sony still has final say as to where Death Stranding ends up within the console space. Thus, if you’re wondering if the game might come to Xbox Game Pass, it currently seems unlikely.

Kojima Production is also in the midst of developing a game in partnership with Microsoft. During its Xbox Games Showcase earlier this year, Kojima stated that it was a “game I have always wanted to make.” The mysterious title is said to be utilizing Microsoft’s cloud technology, and is a “never-before-seen concept.”