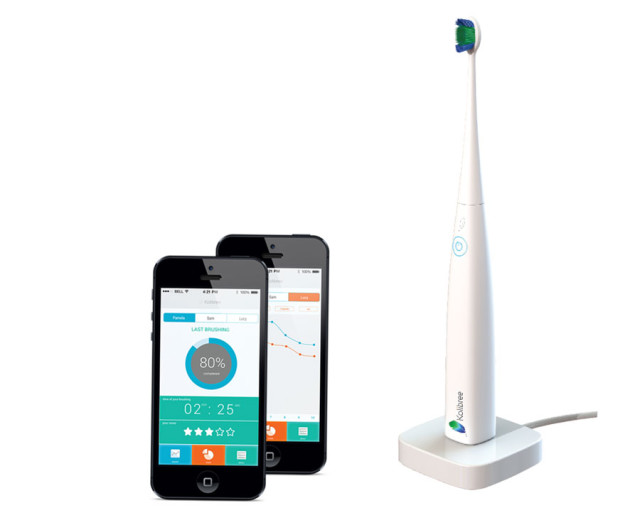 CES is known for bringing some crazy devices to the market, like last year’s Hapifork which aimed to control how fast and how much you eat. This year Kolibree, a French startup, has announced its smart toothbrush.

Thomas Serval the device’s founder, previously a Google engineer, went back to work on hardware design. The smart toothbrush idea was born when Serval got tired of asking his children to brush their teeth.

The device contains many sensors including an accelerometer, magnetometer, and gyroscope to give you precise information on how you are brushing your teeth. The toothbrush can be calibrated in two ways: firstly, you can show the device around your mouth. Alternatively, the company supplied a list of dental measurements that helps the toothbrush understand the size of your mouth compared to your age and gender.

The product is designed to improve your dental hygiene by analyzing your brushing habits and keep track of them overtime. All the data collected by the toothbrush can be viewed from an app available on iOS and Android.

The smart toothbrush is said to be priced around $100 and $200 and will be available for order in the summer of this year.