Koodo Mobile to Offer Data Only Plans In the Near Future

Data only plans seem pretty hard to come by in Canada, but that is going to change soon. According to MobileSyrup, sources tell them Telus’ discount brand, Koodo Mobile is set to offer data only plans ‘in the future’, with no requirement for voice or text plans. No prices were revealed, but given the fact more and more tablets are flooding the market, data only plans make sense.

Koodo iPhone users could also benefit from data only plans. With apps such as Skype, ViberÂ (great call quality), WhatsApp, and iMessage upcoming in iOS 5’s Fall release, voice minutes are becoming a thing of past for those don’t require them. 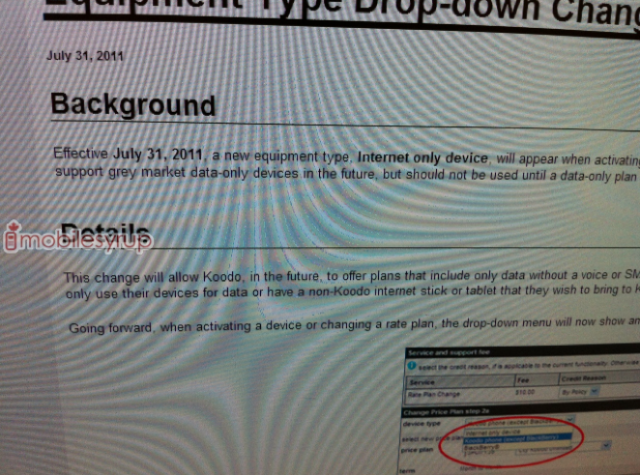