As filming for many shows and movies has halted during the pandemic, the Kardashian-Jenner family has continued to shoot season 19 of E!’s Keeping Up With the Kardashians on their own — using brand new iPhones that are delivered to them weekly. 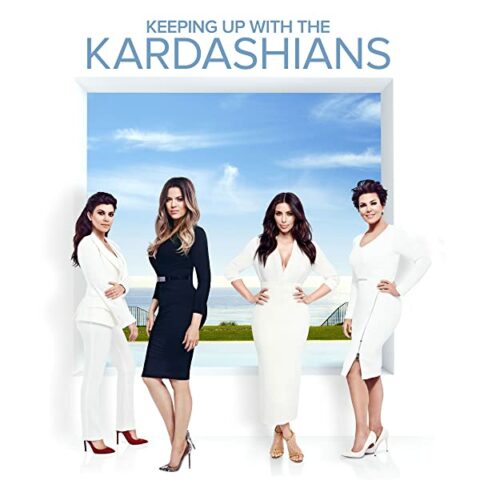 After California, where KUWTK films, mandated stay-at-home orders on March 19, executive producer Farnaz Farjam called Kris Jenner, another executive producer on the show, to see if there was any way for the reality show to film while everyone is inside, explains a new report from Elle.

Farnaz, who also revealed that the show considered not filming the season altogether, explained that each of the sisters have filmed the past two months on their iPhones. The family’s Zoom hangouts have also been recorded.

The producers built a system for the family to record their daily lives without the help of a camera crew, a process that Farjam called a “big to-do.” First, a photographer and technician, both completely covered in hazmat suits, entered Kim Kardashian West and Khloe Kardashian’s houses to properly light rooms for confessionals and set up iPhone-compatible tripods, according to Farjam.

She added that all of the equipment was thoroughly sanitized, and the family members waited a minimum of 24 hours before entering the rooms with gear to prevent coming in contact with any COVID-19 germs.

“[Farjam] hired a director of photography and a technician, who put on a precautionary hazmat suit and configured brightly-lit rooms in Kim’s self-described ‘minimalist monastery’ mansion and in Khloé’s Calabasas home. There they set up phone-friendly tripods, which were carefully cleaned with sanitary wipes to combat the transfer of any germs. The family waited 24 hours before entering the rooms to further avoid any potential COVID-19 contamination,” reads the Elle report.

Once all of the equipment was set up, the cast started filming themselves on the iPhones, capturing around 16 hours of camera-time each week, Farjam said. She continued to explain that each Monday, a showrunner, who wears protective gear, collects the iPhone, and drops off a brand new smartphone to the family’s security teams to begin the next cycle of recording.

Farnaz also revealed that the new season of KUWTK, which will air in September, will include two full episodes filmed completely in quarantine.