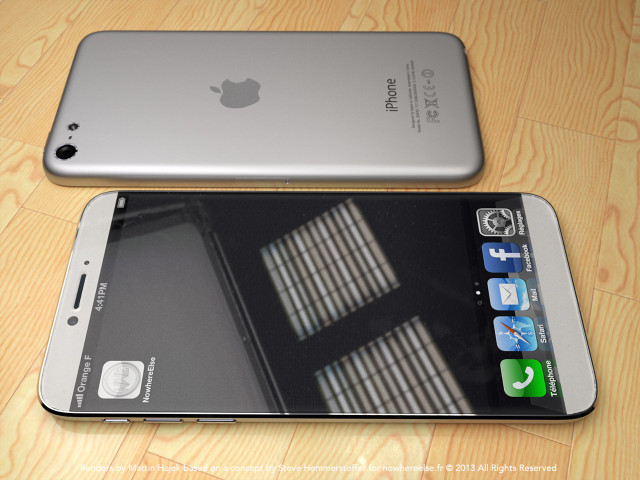 Rumours of a bigger-screen iPhone have been around for some time now, and even the Wall Street Journal spilled gas on the fire earlier this year. More recently, another rumour claimed that the iPhone 6 will sport a 5-inch display and 440 ppi. On top of those rumours come the analysts, who have already started speculating on the forthcoming bigger-screen iPhone’s price.

Among them, there is Susquehanna analyst Chris Caso (via AllThingsD), who has taken a few factors into consideration — such as high profit margins, peppered with the current bill of materials of the iPhone 5s — to find out how much the iPhone 6 will cost. Of course, from his perspective, the iPhone 6 will undoubtedly will have a bigger display, a much faster chip, and maybe a sapphire glass screen.

So, by putting all of these ingredients together, Caso has learned that the iPhone 6 will cost much more than the iPhone 5s: at least $50 more, but he doesn’t exclude the possibility of a $100 premium.

“We think Apple could get away with a $50 to $100 premium for a larger screen size iPhone 6,” Caso wrote. “We think such a move could avoid the margin erosion that occurred when the iPhone 5 was launched.”

If Caso is right, this means Apple will retail the iPhone 6 for $249 or $299 on contract in the US, which also means that the company will break the tradition of selling the next-generation iPhone at the same price as its predecessor. The iPad mini with Retina display pricing has shown that’s little trouble breaking, as it costs $70 more than its predecessor.