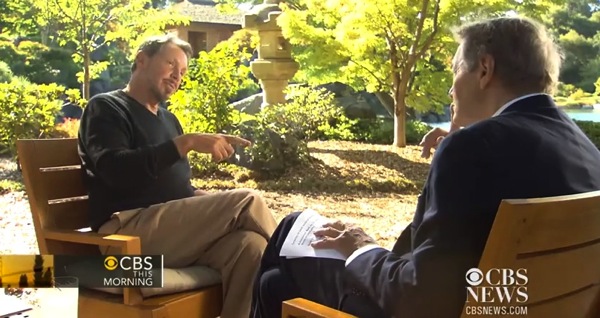 In an interview with Charlie Rose for an upcoming segment on “CBS This Morning,” Oracle CEO Larry Ellison, a close friend of the late Steve Jobs, said we already know what will happen at Apple without the genius visionary (via AllThingsD):

Ellison also spoke about Jobs earlier this year at D10, and described the life of the Apple co-founder as the following:

Walter Isaacson’s biography on Steve Jobs revealed details on just how close the friendship was between the two tech moguls:

In 1995 Oracle’s CEO Larry Ellison threw a fortieth birthday party for Jobs filled with tech stars and moguls. Ellison had become a close friend, and he would often take the Jobs family out on one of his many luxurious yachts. Reed [Jobs’ son] started referring to him as “our rich friend,” which was amusing evidence of how his father refrained from ostentatious displays of wealth.