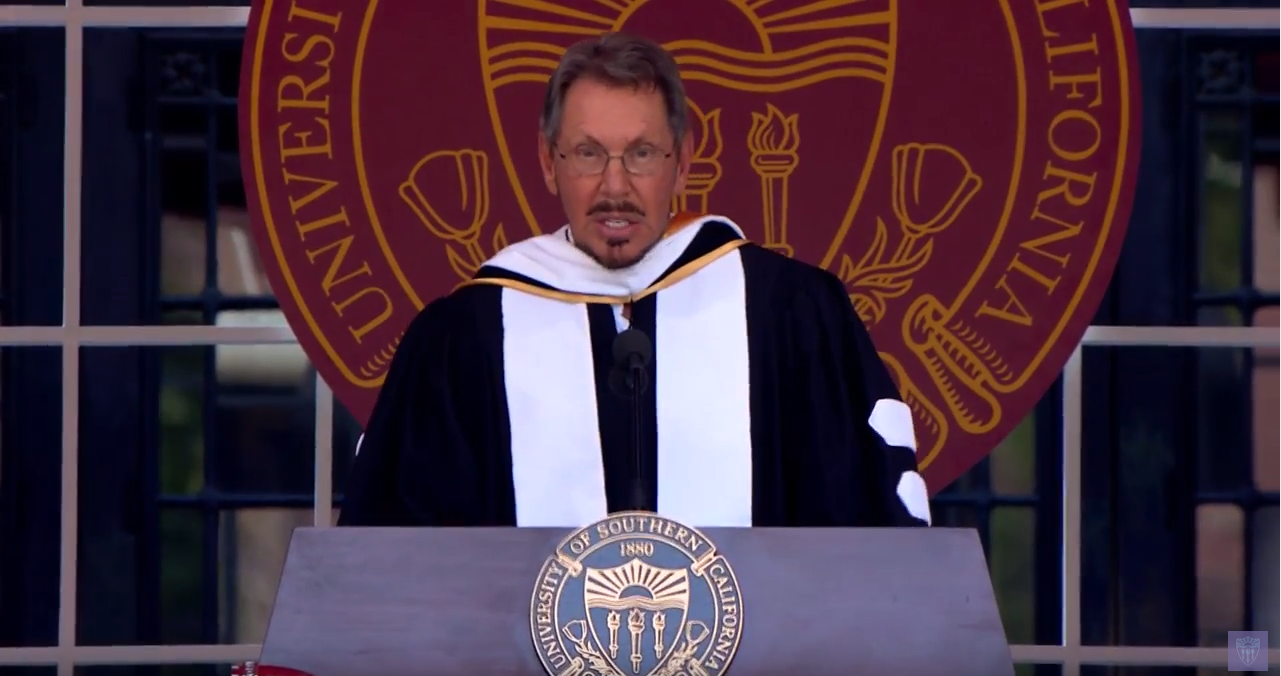 Earlier today, Oracle co-founder and billionaire Larry Ellison gave a commencement speech at the University of Southern California, where he recounted forming a plan to save Apple with his best friend, Steve Jobs.

In 1995, Ellison and Jobs went on a hike in Castle Rock State Park. “If there was something that Steve wanted to talk about, and there always was, we’d go for a walk,” he said. At the time, Jobs had already been pushed out of Apple and was the CEO of Next and Pixar.

During their walk, they discussed how they could work together to take back control of Apple. Back then, Apple was in shambles following a trend of failed product launches and poor sales. During the speech, Ellison said:

“It was all too painful to watch and stand by and do nothing. So the purpose of that particular hike through the Santa Cruz mountains on that particular day was to discuss taking over Apple Computer.”

Ellison’s idea was to simply purchase Apple himself and make Jobs CEO. Back then, Apple was worth roughly $5 billion. Ellison said:

“We both had really good credit, and I had already arranged to borrow all the money. All Steve had to do was say yes.”

At the time, Jobs had a different idea. He proposed that he would convince Apple to acquire Next, then join Apple’s board, and overtime Jobs predicted that Apple would recognize that he was the right person to lead the company and reinstate him as CEO. Just one year later, that’s exactly what happened. Ellison said:

“I said okay. That might work. But Steve, if we don’t buy Apple, how are we going to make any money?”

At this point in the walk Jobs stopped, turned towards Ellison, put both his hands on his shoulders and said:

“Larry, this is why it’s so important that I’m your friend. You don’t need any more money. … I’m not doing this for the money, I don’t want to get paid. If I do this I need to do this standing on the moral high ground.”

Ellison said that the lesson he learned was it couldn’t all be about the money and after a certain point you can’t spend it no matter how hard you try. After Jobs was reinstated as CEO of Apple, Ellison joined Apple’s board of directors and watched Jobs build the most valuable company on Earth.