Hey folks. Before I begin, congrats to x00carly, Sheerluck.Holmes, and mystique for their winning entries in the HiTechTattoos.com contest. Hope your enjoy your customized tattoos on your iPhones!

As we all know, one of the biggest drawbacks to the iPhone is the battery life, or lack thereof sometimes.  There are several battery backups on the market, some of which we have reviewed before.  The latest iPhone battery solution has recently arrived, and it is from Phonesuit.com – the MiLi Power Pack.  It reportedly offers standy time of 350 hours, 6 hours of talk time on 3G, and 6 hours of 3G internet use. 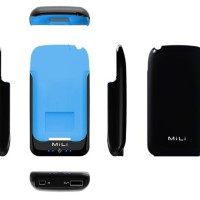 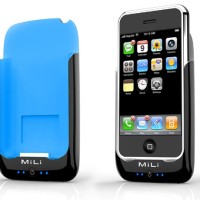 Here’s what they have to say about their latest product:

The Mili is a high capacity battery with beautiful styling to compliment your iPhone. It comes in 6 different high gloss colors to choose from. The Mili is dual compatible with both the iPhone 2G and 3G. The Mili slides on to the back of your iPhone to more than double its charging capacity. It also includes a USB out port to charge any USB accessory such as a bluetooth headset when you’re on the move.

This latest attempt to increase battery life both looks and sounds promising.  I will be putting it through it’s paces in the next few weeks, and will report the results soon!  Until then, visit www.phonesuit.com to check out this and other products that have on offer.