What are you looking forward to this summer? Hot, sunny weather? Starting up the BBQ again? Summer is always great, but this time around Apple is heating it up once again. We will see the release of iPhone OS 3.0 firmware this summer.

As most of you know, this is a revamped firmware that will include a multitude of features that many iPhone users have been waiting for (EG Copy and paste!). We have given you guys a tiny preview of the existing 3.0 beta and it’s also knowledge that 3.0 has already been jailbroken.

One of the most frequently asked questions regarding 3.0 firmware is “when will it be released?” Well, Apple stated we could expect it this summer. Personally, I think the perfect time to make the firmware available would be at Apple’s WWDC 2009. Can you just imagine Apple debuting the next generation iPhone 4G and 3.0 firmware afterwards? That would just be so amazing.

Anyways, everyday we learn about some new “discovered” features in the new 3.0 firmware. Let’s recap what’s been announced recently by beta testers plus some other news that hints towards a new iPhone…

New Voice Control Features: Arstechnica reports voice synthesis and voice recognition could be coming given that a whole bunch of classes and methods were found named VSSpeechSynthesizer, VSRecognitionSession, and SBVoiceControlDisableHandlerActions to name a few.

We already have some voice apps such as Google Mobile, Vlingo, and Canpages. Could voice power be coming our way in a new iPhone 4G handset or software upgrade??

Safari: A new option will enable users to close the lone remaining page in Safari, on top of any others as well. I’m currently using the “Close Tabs” app via Cydia, which lets you close all your Safari tabs instantly. 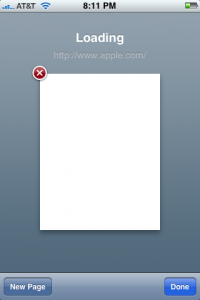 Battery Indicators: Looks like 3.0 will bring us a numerical percentage for our battery life. Some new PNG files were discovered that indicate this is definitely coming. Current jailbroken iPhones have had this for a while through the numerical battery option via BossPrefs. Click here for tips on how to increase your iPhone 3G battery life. 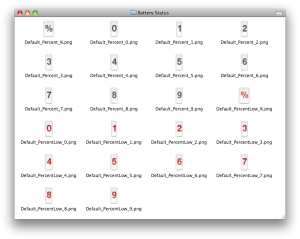 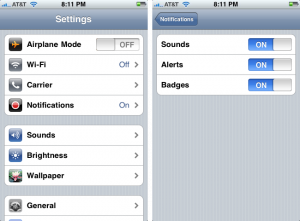 Data Detectors: This is going to be one of my favorites! Data detectors will now be enabled across the board other applications such as Notes. I love being able to touch a phone number via a Google search result and have the phone dial it right away. Now we can expect our iPhones to be even easier to use. 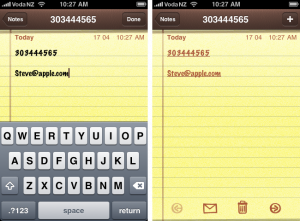 Variable Scrubber Speeds: Now when you “scrub” within a song in the iPod app, you can choose from Hi-Speed, Half Speed, Quarter Speed, and Fine Scrubbing. This will come in very hand for searching through videos and trying to find your way through a podcast. 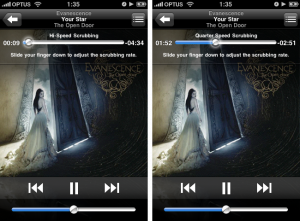 AT&T Doubles 3G Speeds–Rogers Next?!: I found this to be very interesting. Looks like TelephonyOnline is reporting that AT&T is doubling its 3G capacity from 3.6Mb/s to 7.2Mb/s which could support previous claims that the next gen iPhone can utilize these high speeds.

We have mentioned that Rogers is in the works of creating their 4G network, which could also be in preparation for the next iPhone coming our way.

HD iPhone/iPod Coming Our Way?: Apple has informed retailers to clear our their existing inventories of Apple Composite/Component AV Cables. Rumors are that a new consolidated cabled dubbed the “Apple AV Cable” will be introduced instead. This cable will enable the next generation iPhone to have HD video-out capabilities.

There you have it folks. Apple has only given us a taste of what to expect from 3.0, but there are still some features that have yet to be discovered every time a new 3.0 beta is released.

What do you think is still lurking in the shadows in terms of features? What would you like Apple to include in the final 3.0 firmware?