Latest iTunes 9.0.3 is Safe for Jailbreakers/Unlockers

Just hours ago Apple released an update to iTunes, version 9.0.3. For those out there that are in the business of jailbreaking and unlocking their iPhones, you can rest assured that this latest version of iTunes is good to go.

iTunes 9.0.3 provides a number of important bug fixes, including: 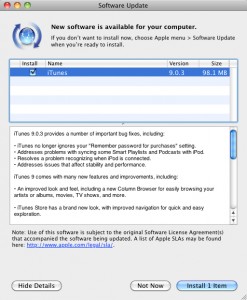 The iPhone Dev Team confirmed via twitter that iTunes 9.0.3 still works fine, so go ahead and update. There should be no problems with syncing and DFU mode. Happy updating!