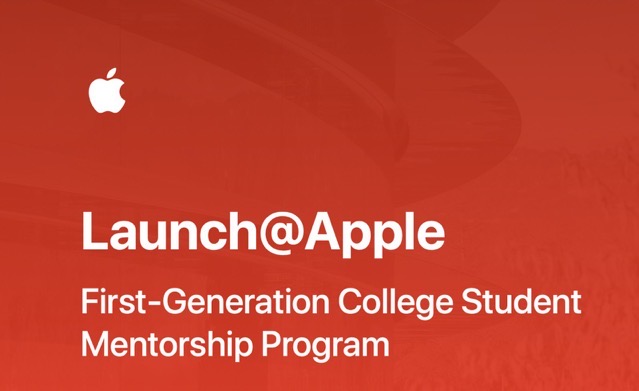 The program matches college students one-on-one with Apple mentors who can offer resources for learning and opportunities for professional growth, with the possibility of job shadowing, paid externships, and paid internships.

Since the Launch@Apple program has not yet been publicly announced, it remains unclear how Apple plans to spread the word regarding its mentorship program to college students.

Ahead of when Launch begins in early 2021, Apple is accepting applications from students with a wide range of GPAs.

Students must be in their first or second year of college with a parent or legal guardian who has not obtained a college degree. Students must want to learn about finance in a “fast-paced, innovative environment” and must be intending to major in one of the accepted disciplines.

Apple is accepting applications through Friday, January 8, 2021. You can get more information via this PDF document.