Late Apple co-founder and former CEO Steve Jobs’ widow, Laurene Powell Jobs, is now stepping more visibly onto the national political stage. According to a report by Politico, she has become a regular visitor to Capitol Hill to press for immigration reform, meeting last month with GOP leaders, all of which is generating a lot of buzz in Washington, D.C. about her future. 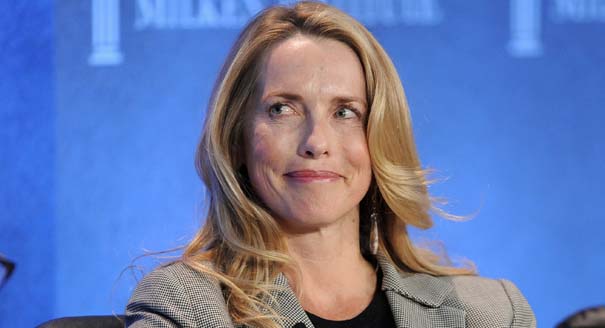 Having met recently with House Budget Committee Chairman Paul Ryan (R-Wis.) and House Majority Whip Kevin McCarthy, she weighed in on the current shutdown turmoil in Washington, offering support for the president’s approach to the budget battle and Obamacare. At the same time, she has become an active Democratic donor and player for other political causes. The source also highlights that along with her increasing profile on policy matters, Lauren also has landed some press coverage amid rumors she’s been spending time with former Washington Mayor Adrian Fenty.

Her evolution from a quiet supporting player in the shadow of her charismatic husband to a public figure willing to speak out about hot-button issues is especially notable, given Steve Jobs’s purported contempt for politicians and the political process. And while she’s just beginning to embrace a more prominent role and has largely kept to tightly controlled appearances, Washington is taking notice.

“The word has gone out: If she wants a meeting with you, you meet with her,” said Frank Luntz, a GOP pollster who has done immigration reform focus groups and surveys on behalf of Laurene Powell Jobs. “She is known on the Hill. … The only thing that Senate Democrats and House Republicans have in common is a good relationship with Laurene.”

Laurene is rated by Forbes as the richest woman in Silicon Valley with an estimated net worth of $11.7 billion.