Two plaintiffs, who are now seeking class-action status, have filed a lawsuit against Apple in the US District Court of Northern California, alleging that the Cupertino company lied about the screen sizes and pixel counts in the iPhone X, iPhone XS, and iPhone XS Max smartphones, CNET is reporting. 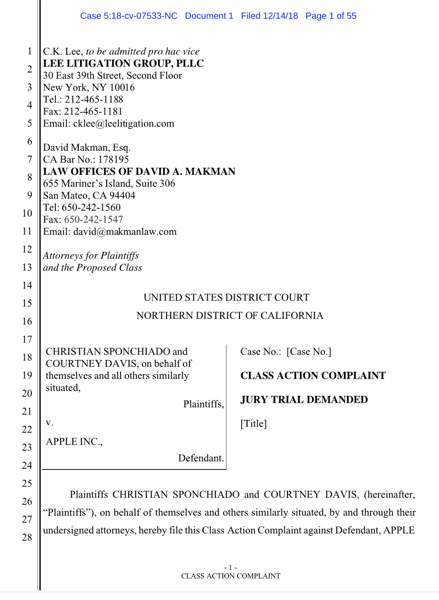 According to the lawsuit, Apple lied about the screen sizes on the X series iPhones “by counting non-screen areas like the notch and corners”.

The complaint highlights that Apple claims the iPhone X’s screen size to be 5.8 inches, but on measuring, the plaintiffs found it to be “only about 5.6875 inches”. The 55-page complaint also alleges that the iPhone X, XS, and XS Max have all lower than advertised screen resolutions.

iPhone X is supposed to have a resolution of 2436×1125 pixels, but the product doesn’t contain true pixels with red, green and blue subpixels in each pixel, according to the complaint. The iPhone X allegedly only has two subpixels per pixel, which is less than advertised, the complaint said. The lawsuit also alleges iPhone 8 Plus has a higher-quality screen than iPhone X.

Apple has not yet issued any official statement regarding the suit.

Back in June, a similar class-action lawsuit seeking $5 million in damages was filed against Apple over the Apple Watch screen’s tendency to “crack, shatter or detach from the body of the watch”.