A lawyer residing in British Columbia named Perminder S. Tung, has reportedly filed a lawsuit against Apple Canada for the demise of his nearly three-year-old Time Capsule (via CBC News). The prosecutor has apparently accused Apple of being in “breach of contract for failure to provide promised services and goods“, and is seeking over $25,000 in damages for the loss of the “sole backup” of his iPhone, containing irreplaceable memories such as data from the birth of his first child. 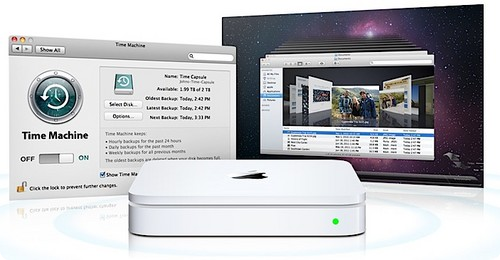 Tung said the router and backup unit failed on or around March 14 of this year, nearly three years after he purchased it. He then called Apple tech support who refused to troubleshoot as the product was clearly out of the one-year warranty. A day later, he brought the Time Capsule into Apple Specialist Simply Computing’s Langley location, who also told Tung that it was out of warranty, and suggested he bring it back to the Apple Store where it was purchased.

Six days later, the genius at the Apple Store in the Pacific Centre indicated the data on the Time Capsule was lost and unretrievable, but admitted that previous models were known to develop problems. Tung was offered a replacement unit at a lower-than-retail cost, but refused the offer.

Before Tung could institute a replacement backup solution procured on his own, his iPhone failed, and data from the birth of his first child were lost, as well as “other significant memories” stored in the phone which were apparently not stored in iPhoto, iCloud storage, or an iTunes backup of his phone.

Specifics of the Time Capsule’s mode of failure are not yet available, nor is the reason for the iPhone’s demise. Apple Canada has yet to comment on the filing.