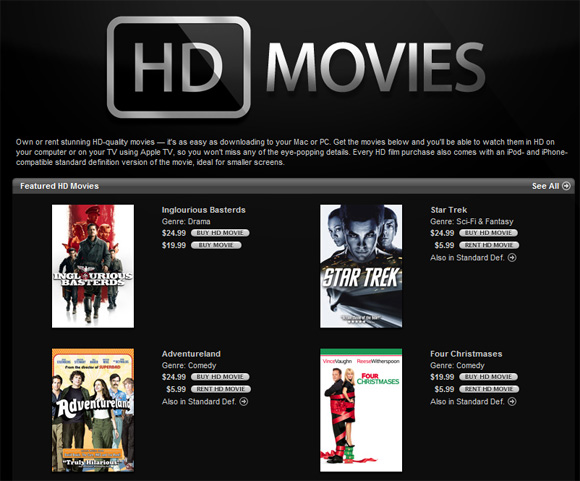 Scott Weiselberg, a lawyer based in Florida, has filed a class acton suit against Apple, complaining that the Cupertino company deceived him into paying “$1 more for the HD version of a film”, even though his older iPhone did not support the format. GigaOm reports that the lawyer had rented “Big Daddy” from iTunes on his iOS device in HD format, even though iTunes was able to recognize that his iPhone was SD-only.

In a complaint filed in June in San Francisco federal court, Scott Weiselberg says Apple violated consumer protection laws and should compensate him and everyone else who paid $4.99 to download HD versions of movies and TV shows to older Apple devices.

The complaint says that Apple sold over 49 million of the older devices.

According to the complaint, the first three versions of the iPhone and the iPod touch do not support HD video but Apple nonetheless made HD the default option for these devices when it released iTunes 8.0 in 2010. As a result, consumers like Weiselberg paid extra for an HD version even though they ended up receiving an SD version, the only format playable on their older devices.

The filing accuses Apple of fraud and violation of consumer protection laws, though it  does not seek a specific dollar amount.