Another image has leaked which claims to be numerous iPhone 5C units being tested at Pegatron. The image was first spotted by NoWhereElse.fr but after some digging, Engadget was able to conclude the image below was taken from Pegatron’s Shanghai plant by an employee:

According to her posts, the cheeky employee — or more likely an ex-employee at this point — in question joined the company’s quality control department around mid-July. In an earlier comment, she also hinted that her plant is responsible for the latest Mac mini as well.

The image below was posted by this employee on Weibo with the following caption, posted yesterday:

“The low-end iPhone 5C to be launched for Chinese consumers in September doesn’t look much different than the Xiaomi Phone 2, right?” 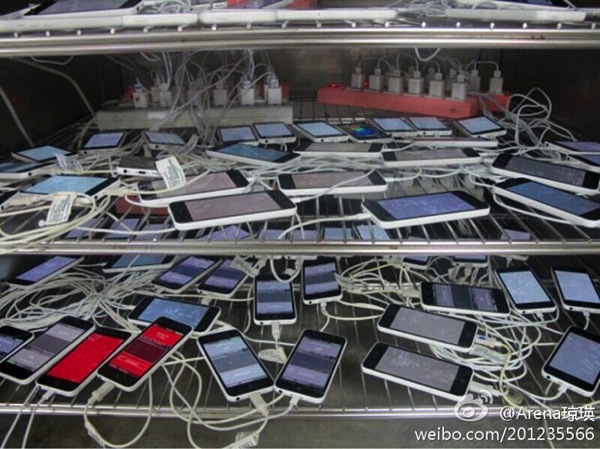