A leaked copy of Apple’s “Visual/Mechanical Inspection Guide” (VMI) has been posted online, giving us a glimpse at what the company will and won’t cover under an iPhone’s warranty. 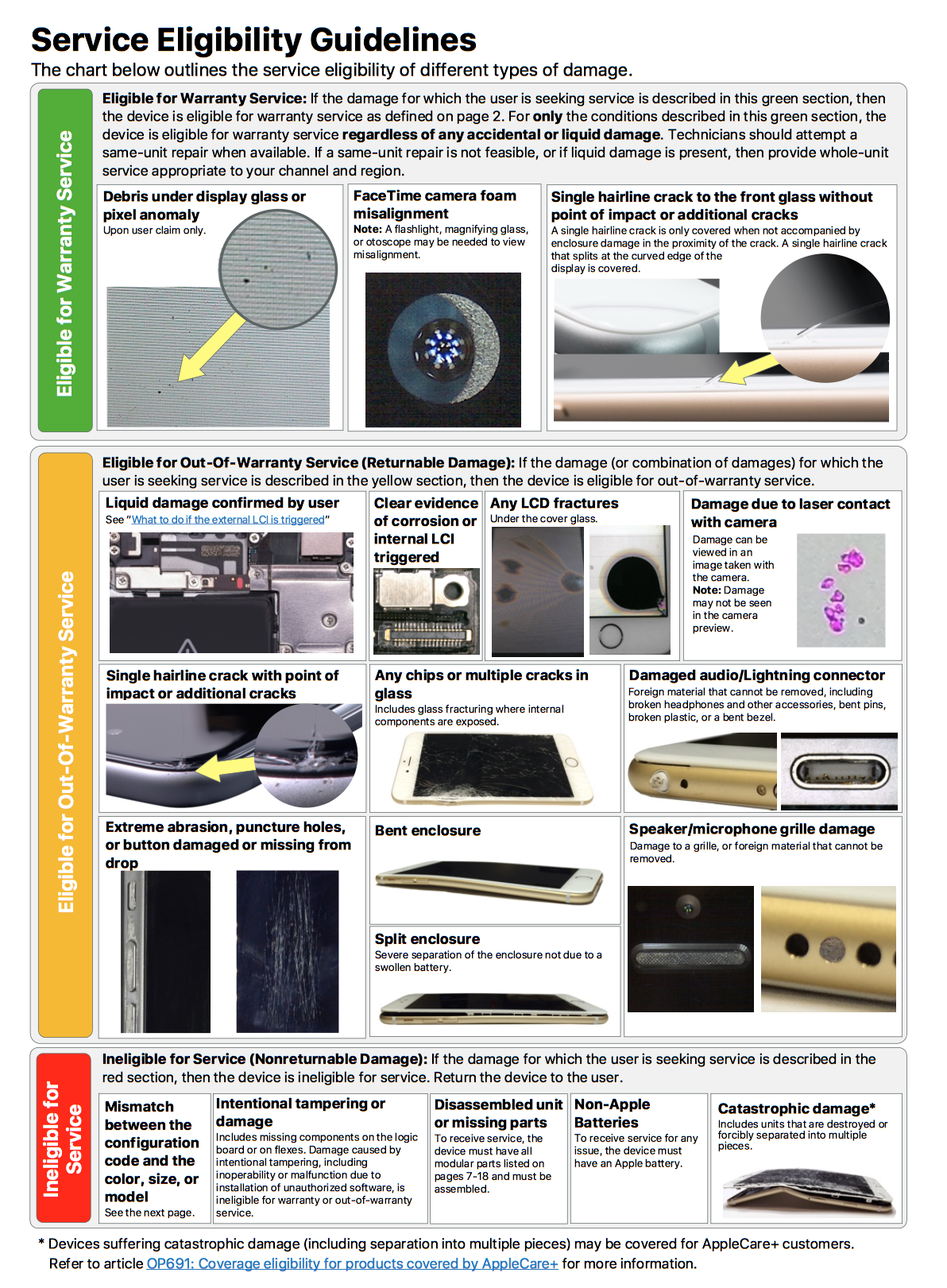 Business Insider reports that the 22-page document dated March 3 recently appeared on Dropbox. While the site didn’t provide a link, it did offer a few screenshots.

The only problems definitively covered by an Apple warranty include broken pixels, debris under the display glass, misaligned FaceTime camera foam, and/or a hairline crack on the front glass unaccompanied by any other cracks.

Apple’s website says only that warranties won’t cover “damage resulting from accident, disassembly, unauthorized service and unauthorized modifications,” such as using an unofficial battery, or dropping a phone in a bathtub. 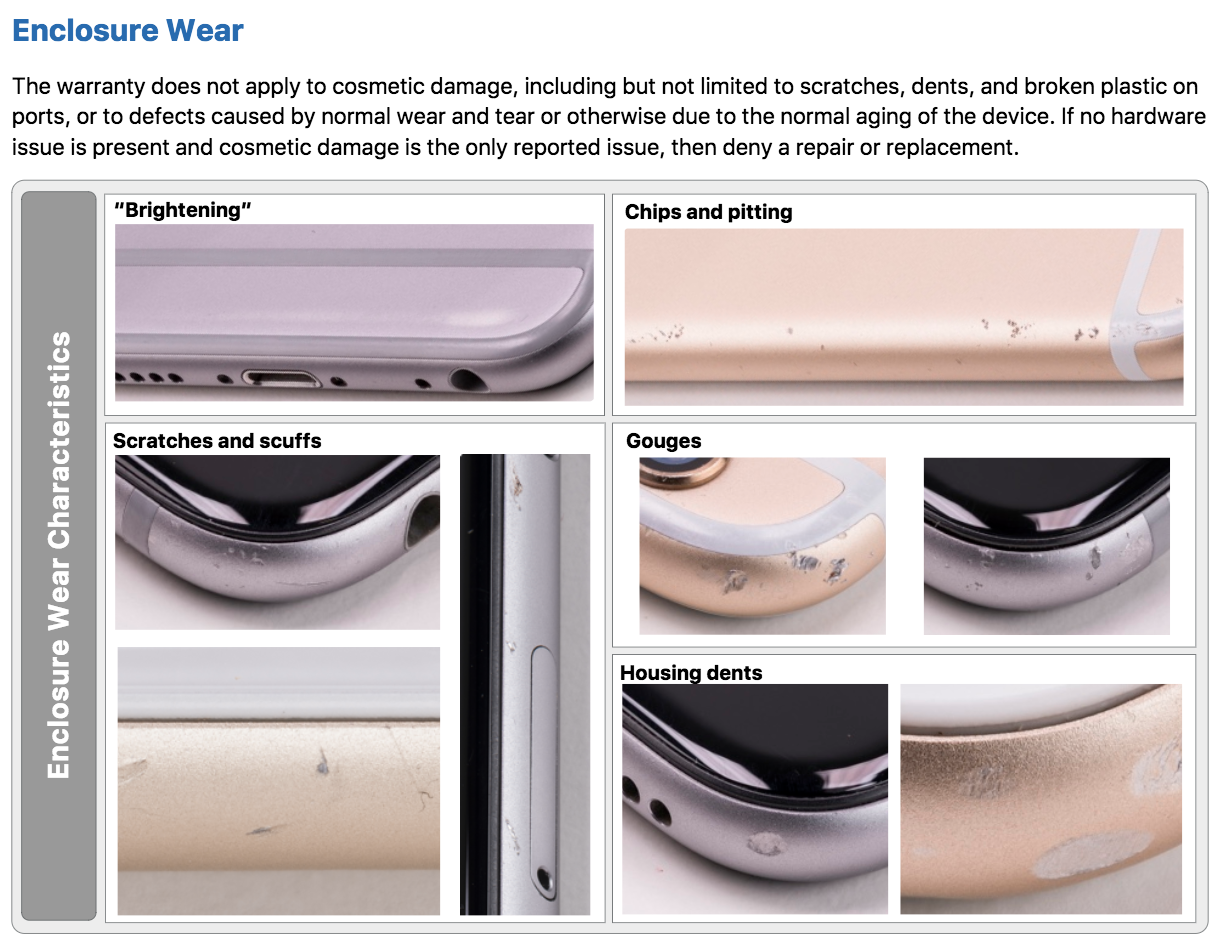 Technicians are expected to conduct inspections and ask several questions if they suspect liquid damage, the VMI explains, and may still grant warranty coverage when an external liquid indicator has been tripped but there are no other signs.

According to an Apple retail worker, the VMI does not have the final word. He said that “there are always those one-off issues that the phone is technically not covered under warranty but we swap the phone anyways under warranty.”