Earlier today, images of purported next generation iPhone’s logic board were leaked on the web and now, a video accompanied by high quality images from a Chinese cell phone parts company SINOCET (via nowhereelse.fr) is showing purported front plate assembly for the iPhone 5, as noted by Apple Insider. 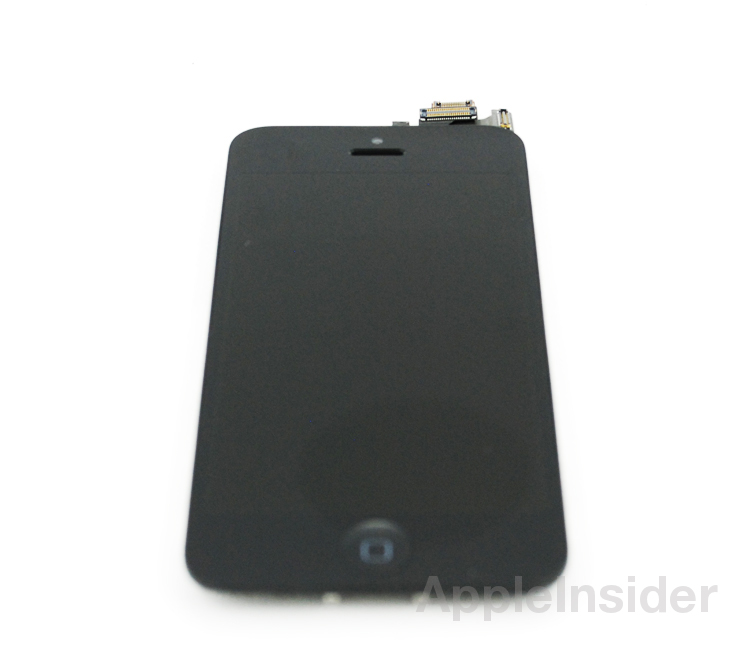 The pictures also include a side-by-side comparison with a front panel taken off an iPhone 4S. As with majority of part leaks, the authenticity of these images remains in question. However, they do however appear to be in line with the multitude of reports coming from various sources.

Most recently a video of the purported next-generation iPhone’s flex cables hinted at the possible relocation of the unit’s headphone jack, front-facing camera and proximity sensor, a move first seen in early shots of the handset’s uni-body chassis.

As in another set of previously reported images, an unidentified chip can be seen toward the top of the display near the earpiece. It was speculated that the mysterious component was an NFC chip, however that rumor was brought into question upon closer examination. 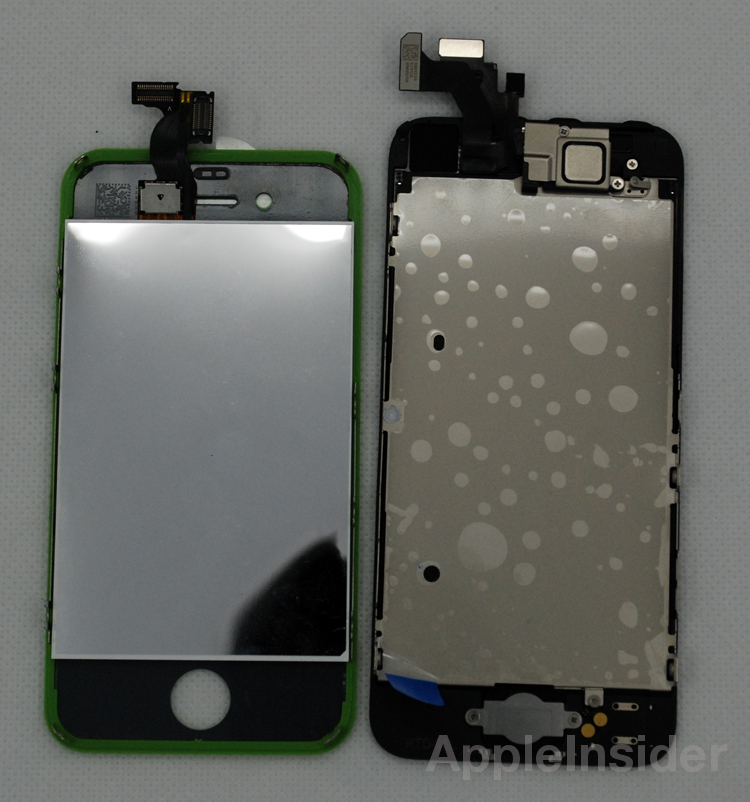 Apple is expected to debut the new iPhone on Sept. 12, with pre-orders set to begin that same day ahead of a Sept. 21 U.S. launch. 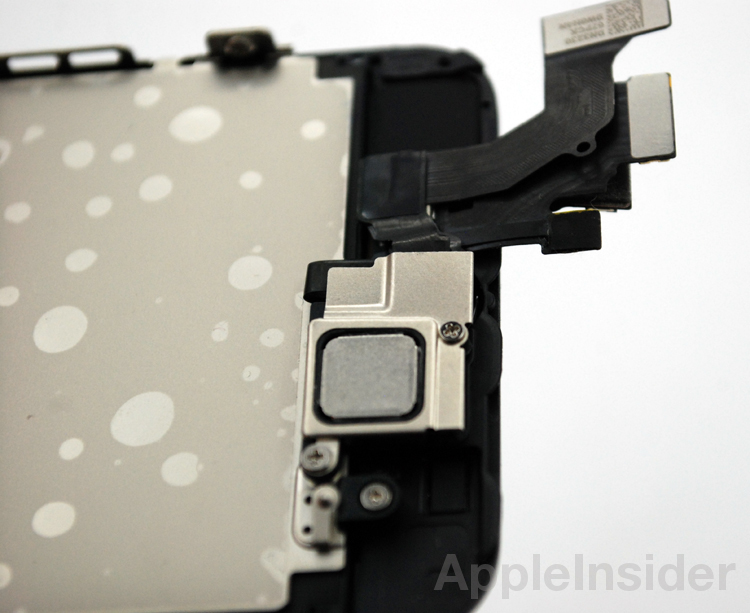 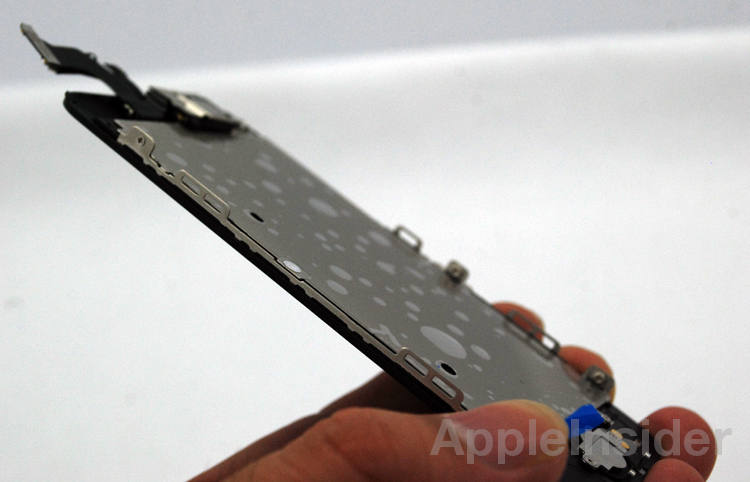