It’s a no-brainer Apple already has future versions of iOS 7 in the works and now BGR reports it has their hands on iOS 7.0.1 already, which the site says is an update “for minor bug fixes and enhancements.” As for iOS 7.1, that could also debut at Apple’s rumoured October special event to unveil new iPads. 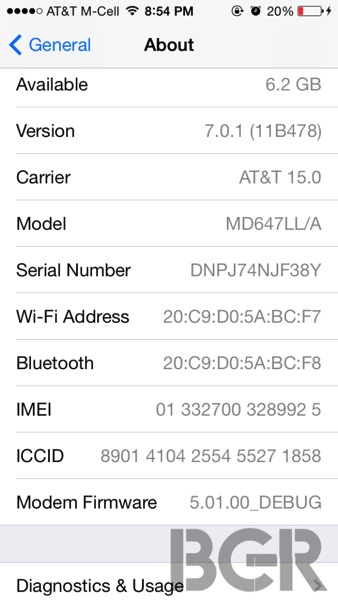 BGR also goes on to say their sources have confirmed what everyone has already suspected: iPhone 5s stocks are “severely constrained” which is why carriers and Apple have been unable to offer pre-orders, to ensure sufficient stock on the September 20 launch day.