With WWDC set to kick off in a week, leading up to the initial keynote speculation has run rampant on what to expect. We most likely will see Apple refresh its Mac lineup again like they did last year.

As for iOS 7, the new flatter design led by design chief Jony Ive is set to bring the most substantial update we’ve seen yet to Apple’s mobile operating system. iDownloadBlog has posted (via @SonnyDickson) what they believe to be a purported leaked screenshot of an early build of iOS 7.

Check it out below–it’s super blurry though: 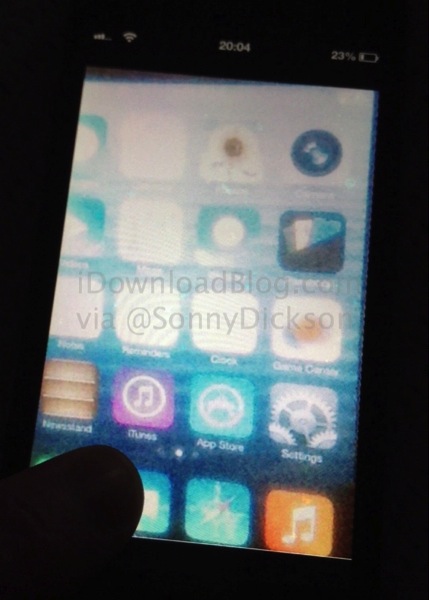 iDB got Surenix to reproduce those blurry icons into what could be the next ‘flatter’ design of iOS icons:

With today’s release of the WWDC iOS app, @yuize details the history of the app for developers attending the conference. Note the subtle changes to a more ‘flat’ design in the latest version, especially the top buttons:

What do you think of these ‘flatter’ icons? We’ll definitely find out more in a week.

Eero, an Amazon company, has just announced a new range of WiFi solutions, including eero PoE 6 and eero PoE Gateway Power-over-Ethernet (PoE) devices, for setting up faster, reliable WiFi networks at homes and businesses. The eero PoE 6 is a dual-band Wi-Fi 6 PoE access point that provides up to 2,000 square feet of coverage...
Usman Qureshi
19 mins ago

Amazon today announced at its special event an update to its best-sounding Echo speaker, the Echo Studio. This speaker is now available in Glacier White, joining Charcoal, while it also gets some enhanced audio technology updates, that will be available for all existing and new users. New custom spatial audio processing technology and frequency range […]
Gary Ng
28 mins ago

Apple's new Crash Detection feature, available on iPhone 14 and the company's latest Apple Watch models, is designed to automatically contact emergency services in the event of a severe car crash.  However, it can sometimes mistake a rollercoaster ride for a car crash (via Reddit). One Reddit user found this out the hard way when...
Nehal Malik
45 mins ago