A couple of screenshots leaked by Chinese website CtechCN show an iPhone 5S successfully running on China Mobile’s 4G network. Currently, both China Unicom and China Telecom are waiting for a 4G network license, which is expected to be granted by the government in November. But looking at these screenshots, it seems that the iPhone 5S is already being beta-tested for 4G compatibility in China. 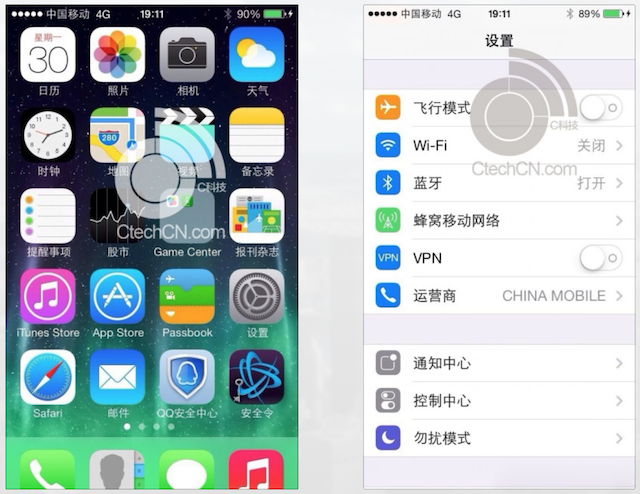 The above iOS 7 screenshots clearly show the phone’s network is China Mobile and is running in 4G mode. Below is a translation from the source:

Apple and China Mobile started negotiations years ago, but without success, mainly due to the carrier’s network requirements. Earlier this month, it was reported that Apple has finally received the green light on the iPhone license to run on China Mobile’s network.

More recently, an alleged iPhone 5S/5C poster from China Mobile was leaked on the web, highlighting download speeds of up to 100 Mb/s on these devices.