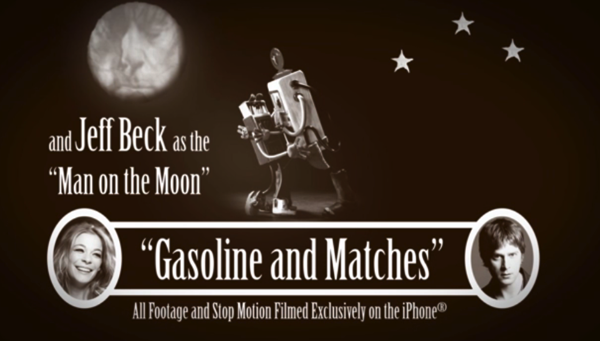 LeAnn Rimes, the Grammy award-winning artist, has just released the new music video for single “Gasoline and Matches” from her latest album Spitfire, which has been shot entirely on an iPhone, according to Rimes (via The Loop).

“Using the iPhone camera for the stop motion video made it easy, affordable and portable for us—because of time factors,” said Darrell Brown, the Co-Producer of the record and video. “I had to get Ian to Dublin to film LeAnn while she was there. I had to get Ian to New York State to film Rob. It was so easy to lug around three iPhones instead of other heavy gear. iPhone to film, iPhone for playback of song and iPhone to document the fun.”

Ian Padgham, the Director and Co-Producer, explained that he filled up a sketchbook of ideas for Rimes and Thomas before he even started shooting. He then set out taking the more than 8,000 pictures that were needed to produce the stop animation found in the video. Rimes said that she has wanted to record something with Rob Thomas for a long time and she’s very happy with the way things turned out.

Check out the video and tell us what you think: