Apple has published a support page detailing what to do if your Apple Watch displays a red exclamation point (as shown in the image below). 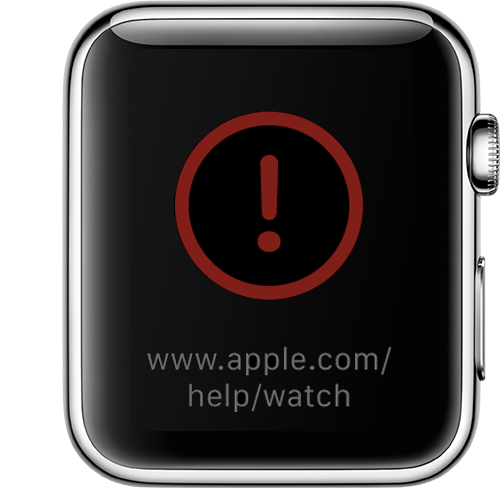 1. Press and hold both the side button and the Digital Crown for at least 10 seconds.

2. Release both buttons when you see the Apple logo appear on the screen

In the event that force restarting your device doesn’t solve the issue, you should contact Apple for service.