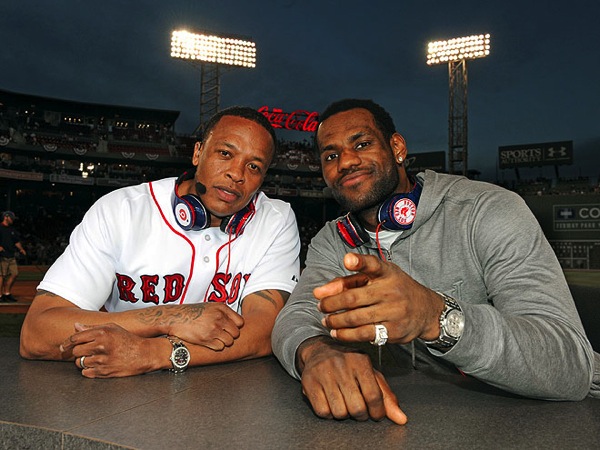 At the end of April Apple confirmed rumours and announced it had acquired Beats Music and Electronics for a $3 billion deal.

Beats is backed by various investors and one them set to reap a nice profit is LeBron James from the Miami Heat, as ESPN reports the NBA star’s tiny stake in the company dating back to 2008 has now paid off—in the sum of $30 million in cash and stock:

In a recent example, while James was leading the Heat to a victory over the Indiana Pacers in the Eastern Conference finals, sources say the 29-year-old was finalizing what is believed to be the biggest equity cash payout for a professional athlete in history as part of Apple’s recent $3 billion purchase of Beats Electronics. Sources briefed on the situation say James realized a profit of more than $30 million in cash and stock in the Beats sale after he had struck a deal to get a small stake in the company at its inception in 2008 in exchange for promoting its high-end headphones.

To recap: James received a small stake in Beats Electronics back in 2008 for doing nothing more than agreeing to wear said product on his head.

To recap: James has made $30 million for occasionally wearing a contiguous piece of plastic that transmits music. Doesn’t have to wear them in the shower or anything.

To recap: Where did I go wrong in life?

As James prepares to enter every NBA arena, he puts a set of Beats headphones on his head. The $30 million payout from Beats is $11 million more than his 2014 NBA salary of $19 million. Hot damn. All that money from Beats and no ‘LeBroning‘ needed.

The display technology experts over at DisplayMate have crowned the iPhone 14 Pro Max's screen the best to ever grace a smartphone, giving it their highest-ever A+ rating and "Best Smartphone Display Award." DisplayMate is one of the world's leading authorities on display technology. The corporation's reviews and reports are based on comprehensive, objective laboratory tests...
Nehal Malik
21 mins ago