His teammates needed something else, though. Something they could connect to that would make them believe this series was not over. And so LeBron gathered everyone in the Cavaliers locker room before Game 3 and played a portion of Steve Jobs’ commencement address to Stanford University in 2005.

Despite going down 3-1 in the NBA Finals, James and the Cavaliers stormed back to win three straight and claim the championship title in game 7. 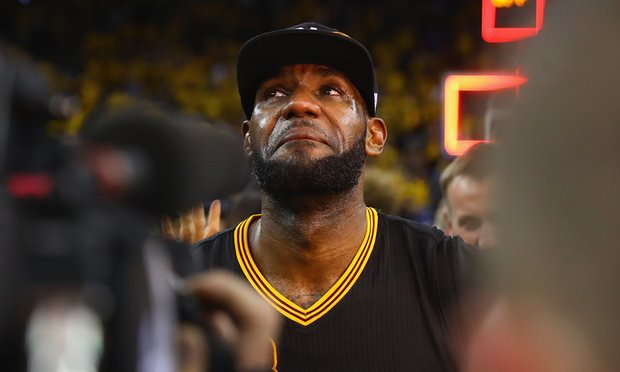 Teammate Kevin Love, had coincidentally also channeled his inner Steve Jobs, writing the classic phrase “Stay hungry, stay foolish” on his shoes, even before James played the speech to the team:

Love had started reading about Jobs on his own a few weeks earlier. One phrase stuck with him: “Stay hungry, stay foolish.” Love started writing it on his shoes as a way to remind himself to loosen up — to not judge his performances on the statistics he was recording (which weren’t even close to his career numbers), but rather by the effort and energy he gave for tasks like rebounding and defense.

When Steve Jobs passed away in October 2011, LeBron James tweeted “R.I.P Steve Jobs. Someone who definitely left his mark on this world! Innovations that will live and last forever!!”

R.I.P Steve Jobs. Someone who definitely left his mark on this world! Innovations that will live and last forever!!

If you haven’t seen Jobs’ Stanford Commencement address, be sure to check it below: