A newly granted Apple patent published today by the United States Patent and Trademark Office (USPTO) has revealed the company is working on adding light-up indicators to the Apple Watch bands, that may show the status of fitness goals and other activities to the wearer without requiring them to look at the main display, Apple Insider is reporting. 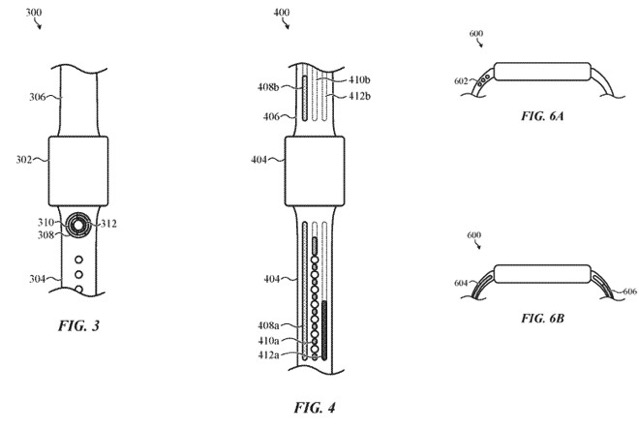 Titled ‘Indicators for wearable electronic devices’, the patent details how the band can have a number of “variably illuminable” portions that are controlled by the main device. These sections could be made into a number of different shapes, such as a circle, a triangle, or any other arbitrary shape.

Although these illuminable portions could be on the external flat side of the band, Apple notes they could be “implemented discretely on the sides of the band”.

In effect, the band would ultimately provide data that would normally be offered by the Apple Watch display, but on the band. If a user is monitoring their step count, a segmented bar could slowly fill up throughout the day as the user reaches their target, for example.

For this case, the Apple Watch would perform the monitoring of activity and would command the band to light LEDs or another source to illuminate at a specific level.

As with every other Apple patent, however, there is no guarantee the idea will actually materialize in a future Apple Watchband.