Lego Introduces iOS Compatible Next Generation Of Mindstorms At CES 2013

Lego Group is set to unveil the next generation of Mindstorms, the company’s robot building system which first debuted 15 years ago, at CES 2013 in Las Vegas (via SFGate). The new Lego Mindstorms EV3 is centered around a redesigned “intelligent brick” that can be programmed even without using a computer. 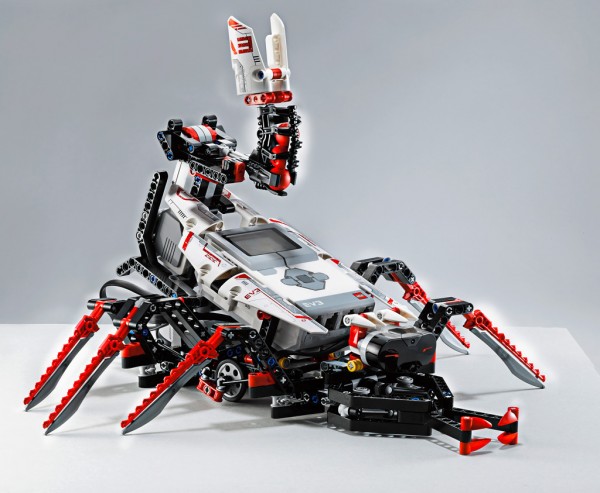 The report details that EV3 has more memory and processing power, a Linux-based firmware, a USB port, an SD expansion slot and full compatibility with iOS and Android mobile operating systems. According to the press release, the Lego Mindstorms team has been working on this third generation EV3 for three years to make the platform both simpler to use for youngsters who have grown up with mobile technologies, yet making it “more flexible and powerful for enthusiasts”.

The system will come with instructions on building 17 different robots, such as the scorpion-like “Spiker,” the “Everstorm,” a walking, shooting robot with a Mohawk, and the “Reptar” robotic snake.

However, Mindstorms fans will have to be patient. The $349 EV3 won’t be available until the second half of 2013.

Lego’s first Mindstorm was introduced in 1998 for hobbyists who wanted more than just snapping plastic bricks together.

Spotify is launching a new Home experience that includes feeds for both Music and Podcasts & Shows, making it easier for listeners to scroll through the type of content they’re looking for. The updated Spotify home screen will make the experience more personalized while allowing users to dig even deeper into their recommendations. In the...
Usman Qureshi
10 mins ago

Snapchat is launching a new in-app parental tool called 'Family Center,' to help parents get more insight into who their teens are friends with on the social media platform. With Family Center, parents can find out who their kids have been communicating with, without revealing any of the substance of those conversations. "Our new Family...
Usman Qureshi
56 mins ago